Quartet To Meet Next Sunday to Discuss Peace Process 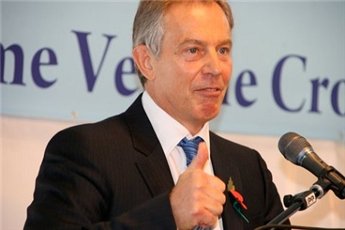 The U.S State Department confirmed that representatives of the International Quartet will meet next Sunday in Brussels to discuss the frozen Israeli-Palestinian peace process and ways it can be pushed forward, the Palestinian Ma’an News Agency reported on October 5. Some Palestinian officials have criticized Tony Blair, president of the Quartet, for siding with Israel instead of discussing the peace process with both sides.
.
Quartet countries held talks on the sidelines of the UN General assembly meeting on September 23, and urged the Palestinian Authority and Israel to resume the stalled peace talks within a month, in an effort to reach a peace agreement by the end of 2012.

US special envoy to the Middle East peace talks, David Hale, will be visiting Berlin, Paris and London before the Quartet meeting.

The United States said Tuesday it will join Russia, the European Union, and the United Nations in Brussels on Sunday to discuss their plan to revive Israeli-Palestinian peace talks.

Asked whether Quartet envoys would discuss aid to the Palestinians in addition to efforts to revive the stalled peace process, Noland said; ‘I would expect that they will discuss a full range of issues.’

The Palestinians had to quit talks earlier due to Israel’s ongoing violations and settlement construction and expansion, especially in and around occupied East Jerusalem.