Bilâ€™in Holds Its Weekly Protest Against The Wall 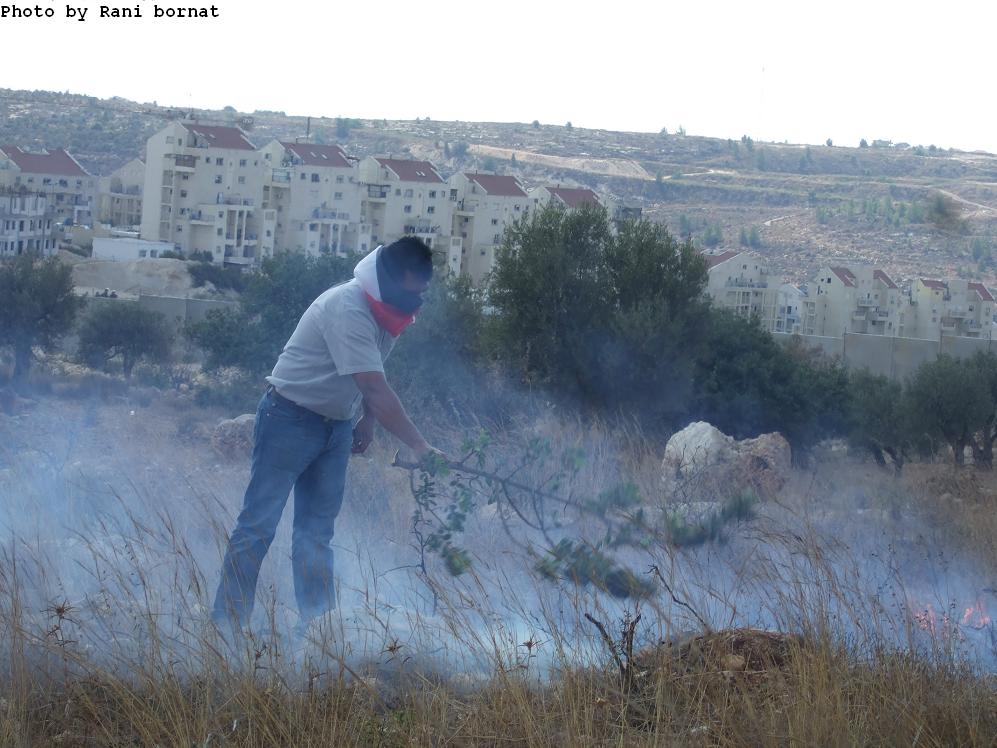 Dozens of local residents, accompanied by Israeli and international peace activists, held the weekly non-violent protest against the Israeli Annexation Wall and settlements on Friday in Bilâ€™in village, west of the West Bank city of Ramallah.The march started after Friday prayers in the center of the village and headed towards the orchards, which were only just returned to the residents in June following many a legal appeal and an Israeli court order, the Popular Committee Against the Wall and Settlement in Bil’in reported.

The protesters carried Palestinian flags and banners showing pictures of the detained legislator Marwan Barghouthi, and other Palestinian political prisoners.

They chanted for unity, liberation, removal of the Israeli Annexation Wall and illegal settlements, and freedom for all Palestinian detainees still imprisoned by Israel.

They also chained their hands together as a symbolic gesture meant to emphasise the issue of the detainees and the dire situation they face. More than 7,000 Palestinians have been staging a hunger strike for a second consecutive week.

When the protesters reached the Abu Lemon Natural Reserve, they managed to cut several holes in the barbed wire fence which surrounds the concrete Annexation Wall, and continued their demonstration alongside the Wall itself.

Israeli soldiers, stationed on the other side of the wall, fired tear gas at the protesters and reporters, which inspired some local protesters to throw stones over the wall.

One of the teargas canisters fired by the army started a fire in an olive grove adjacent to the wall, but the protesters managed to extinguish it before it spread.

Bilâ€™in is a leading village in non-violent resistance against the Israeli Annexation Wall and settlements. During more than six years of weekly protests, some residents have been killed, and many residents and supporters have been injured by the Israeli army’s excessive use of force. Popular resistance leaders have also been subject to arrest, interrogation and imprisonment.