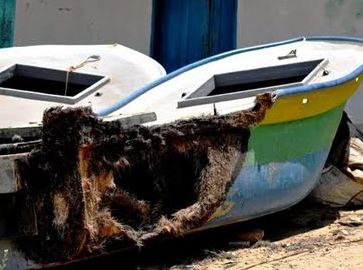 On Friday evening, the Israeli Navy opened fire on a number of Palestinian fishing boats in Palestinian territorial waters near Beit Lahia, in the northern part of the Gaza Strip; no injuries were reported.Following the Israeli attack, the fishermen returned to shore to avoid any further attacks.

Mahmoud Al Aassy, head of the At-Tawfeeq Society for Fishermen, stated that Israel is always trying to keep them from going out to fish, which leaves them and their families without any source of income.

Friday’s is the latest incident in the ongoing attacks on the fishermen in Gaza. On October 5th, Israeli gunboats opened fire at Palestinian fishing vessels in northern Gaza; damage was reported but fortunately there were no injuries.

Even when they stay inside the designated fishing zone, they face recurring attacks and are subjected to cruel and degrading treatment by the Navy.

The Israeli Army also has kidnapped dozens of fishermen without any pretext, and has destroyed boats and equipment in order to discourage Palestinian fishermen from pursuing their livelihood.

According to Al Mezan’s information, since the beginning of the September 2000 Intifada, Israeli soldiers have kidnapped 29 fishermen and opened fire on fishing vessels 229 times, resulting in 6 Palestinian deaths and 22 injuries.

In addition, 67 boats have been confiscated, and there have been 16 instances of equipment being damaged.