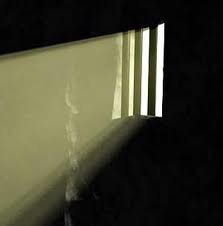 Palestinian Minister of Detainees, Issa Qaraqeâ€™, stated on Saturday that Palestinian political detainees in Israeli prisons are continuing with their hunger strike to demand their legal rights, despite Israel’s escalating measures aimed at breaking the strike. Qaraqeâ€™ added that the Israeli Prison Administration claims it is negotiating with the detainees and listening to their demands, but its main aim is to delay the â€œtalksâ€ for as long as possible without seriously listening to their legitimate demands, the Ma’an News Agency reported.

The ministerâ€™s statements came during a visit to a solidarity tent in the Duheisha refugee camp in Bethlehem, where a number of residents are holding a hunger strike to show their support.

Qaraqeâ€™ stated that the Israeli Prison Administration is â€œphysically and emotionally torturing the striking detainees, placing dozens of them in solitary confinement, and even preventing them from having plastic cups for water and salt in their rooms.â€

He also stated that the detainees in Asqalan Prison are now also boycotting the prison clinic due to the harsh treatment they face when seeking medical attention. As a result, the prison police are now forcibly dragging them to the clinic.

The minister said that the health conditions of four detainees in Asqalan currently in solitary confinement are seriously deteriorating.

The Israeli Prison Administration has also forced sixty-five striking detainees in Ohali Kidar Prison into solitary confinement by placing every four detainees into one tiny cell, whilst confiscating their watches to keep them confused.

The fifty-three striking detainees in Shatta Prison are undergoing continuous physical and psychological abuse, inflicted upon them by the prison administration and guards.

In Ofer prison, they placed twelve striking detainees in solitary confinement, after first attacking and beating them.

Qaraqeâ€™ issued an appeal to the International Red Cross to act quickly and visit the striking detainees, and warned of an impending humanitarian crisis in all Israeli prisons and detention centers.

He said that all activities and protests held in solidarity with the detainees, by those within Palestine and in exile, would continue and escalate until Israel abides by international law and starts treating the detainees in accordance with all international treaties and articles, including those of the Fourth Geneva Convention.