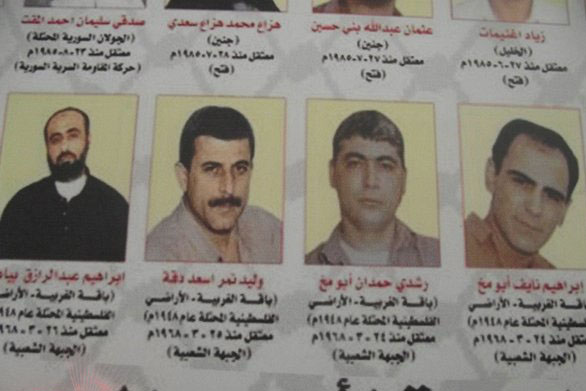 The Israeli Ministry of Justice has announced that they will be publishing a list on Sunday, containing the names of the 450 Palestinian detainees who will be released in the first phase of the mediated prisoner-swap. The deal was reached between Israel and the Hamas movement, to secure the release of prisoner of war, Corporal Gilad Shalit, who is expected in Israel next Tuesday or Wednesday.
Despite the fact that the deal has international guarantees, the publishing of the list is a legal procedure meant to give the Israeli public a chance to file court appeals.

The Ministry of Justice held a meeting in Tel Aviv, including all parties involved in the implementation, and preparation of, all the legal procedures for the deal. They decided that the list of the detainees, who are due to be freed in the first phase, should be released this coming Sunday.

Moshe Cohen, spokesperson for the Israeli Ministry of Justice, stated that the session was held at the office of the Director General of the Ministry, Guy Rotkov, who heads the team tasked with conducting the legal and organizational matters pertaining to the release of the detainees.

Nearly three hundred of the four-hundred and fifty detainees who will be released in the first stage were sentenced to life-terms.

The list will be published on the website of the Israeli Justice Ministry, and a phone system will be set up to respond to calls from the public.

Furthermore, the Israeli daily, Haaretz, reported that Shalit will be returned home to Israel this upcoming Tuesday or Wednesday.

Haaretz added that Shalit will be sent to the Sinai Peninsula via the Rafah Border Terminal, located between Gaza and Egypt. He will then be forwarded on to Israel to be briefed, before being sent home to his family.

Meanwhile, senior officials of the Hamas movement stated that the first phase will include all the female detainees being freed, plus forty-five from the 1948 territories, forty-five from illegally annexed East Jerusalem, and one from the occupied Golan Heights.

The second phase of the operation will secure the release of the remaining prisoners, and will be carried out in two months time, Hamas sources told the Qatar-based Al-Jazeera news agency.

It is claimed that forty detainees will be exiled out of Palestine, with the destination as of yet remaining unconfirmed.