Night-time Meeting Held In Cairo Between Hamas And Fatah, Who Are Set To Meet Again Soon 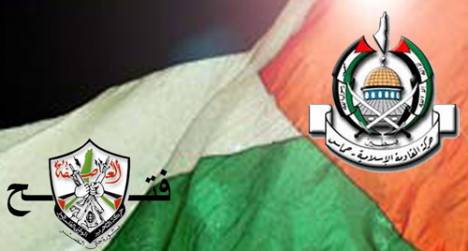 Officials of the Hamas and Fatah movements held a night-time meeting in Cairo on Wednesday, and agreed to meet again soon. The purpose of the meeting was to reinforce the reconciliation agreement between to two movements, to ensure it is fully implemented. Head of the Fatah delegation, Azzam Al-Ahmad, expressed satisfaction regarding the outcome of the meeting, and the way the talks are heading.

â€œI met Mashaal tonight, we were both in Egypt, and decided to take advantage of the situationâ€, Al-Ahmad told reporters.

Hamas leader, Khaled Mashaal and his deputy, Mousa Abu Marzouq, attended the meeting, along with a number of other senior Egyptian officials.

Al-Ahmad further stated that practical steps will be carried out in a few days, as Palestinian President Mahmoud Abbas, will be continuing with his international tour, drumming up support for the Palestinian UN bid for statehood.

He added that Mashaal phoned Abbas and informed him that Hamas supports the Palestinian statehood bid that was submitted to the UN last month.

The Fatah official urged Arab media agencies to be careful in dealing with Israeli reports that are meant to obscure facts and delude the public, especially with Israel trying to shift the public attention away from its social and political problems.

Abbas saluted Mashaal for the prisoner-swap deal that will lead to the release of more than one thousand Palestinian detainees held by Israel, in return for the release of captured Israeli Soldier, Corporal Gilad Shalit.