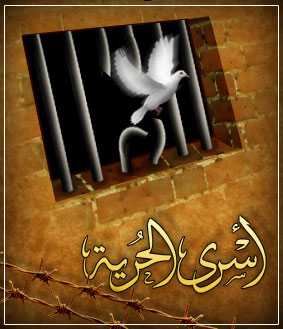 Senior Hamas sources reported that the first stage of the mediated prisoners-swap deal with Israel will secure the release of most of the detainees who have been imprisoned by Israel for 25 years or more.Khaled Mashal, head of the Hamas Political Bureau in Syria, stated that the total number of detainees to be freed from Israeli prisons in return for the release of Israeli soldier Gilad Shalit includes 1000 male detainees and all 27 female detainees.

The Hamas-affiliated Palestinian Information Center reported that the detainees who will be released and allowed back to their home towns are distributed as follows (totaling 272)::

Fifteen of the 45 detainees from Jerusalem to be released will be allowed to return home. The remaining 30 will be sent to Gaza or into exile.

The deal will also secure the release of most of the detainees imprisoned by Israel for more than 25 years, including the following:

Fateh leader and legislator Marwan Barghouthi, and the secretary general of the Popular Front for the Liberation of Palestine, Ahmad Saadat, will not be released. Israel strongly rejected their cases, among the dozens of other senior officials and fighters.

The second phase of the swap deal will secure the release of 550 detainees and will be carried out in two months, Hamas sources told the Qatar-based Al Jazeera news agency. Forty detainees will be exiled outside Palestine, although the destination is unclear.