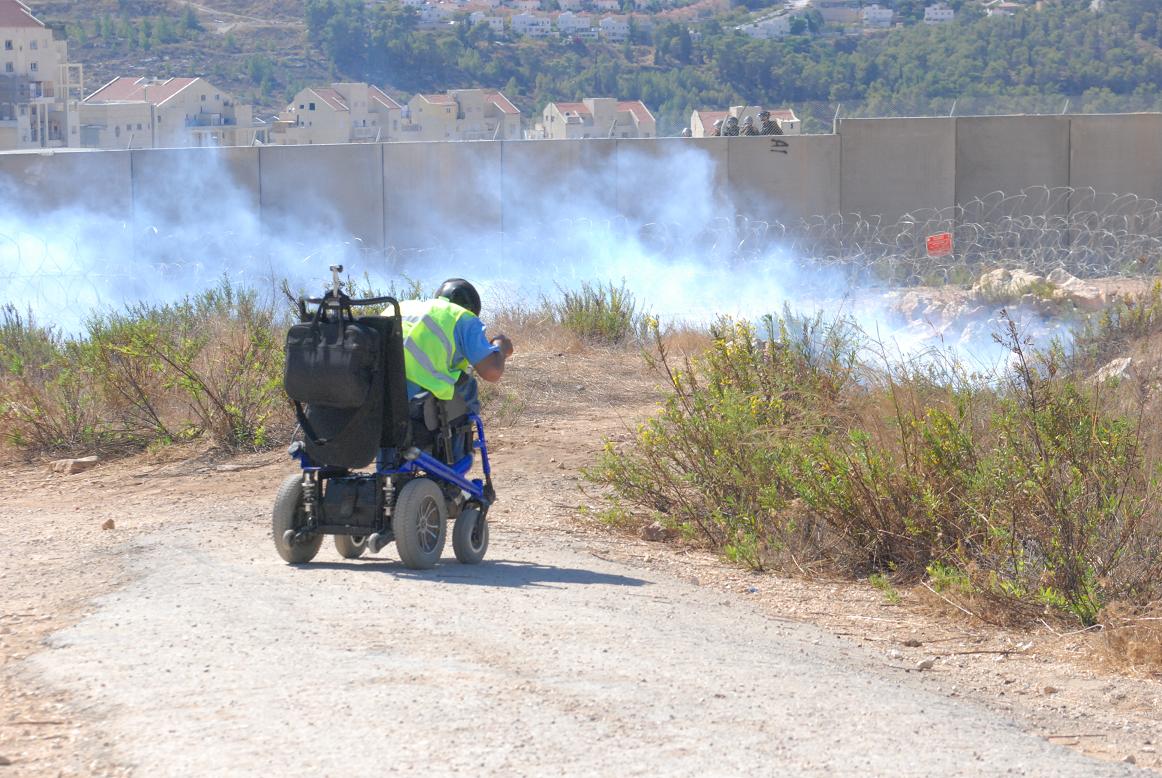 Dozens of Palestinians, accompanied by international and Israeli piece activists alike, held their weekly nonviolent protest against the Annexation Wall and Settlements, in Bil’in village, near the central West Bank city of Ramallah. They marched in solidarity with the Palestinian detainees who are holding their ongoing hunger strike in Israeli prisons.The protest started at the centre of the village following Friday noon prayers, and headed towards the recently returned land, which was returnded following an Israeli High Court ruling that ordered a section of the Annexation Wall to be removed, and the land to be given back to the village.

The protesters chanted for Palestine, for freeing the Palestinian detainees, for unity, and for the complete removal of the illegal Israeli Annexation Wall.

They soon arrived at the Abu Lemon area, adjacent to the Wall, and tried to reach an olive tree that stood between the barbed-wire fence and the Wall. They attempted to harvest its olives and express solidarity with the farmers from the village who suffer continuously.

The Israeli Army, stationed behind the Annexation Wall, fired teargas, preventing them from reaching the tree; a number of protesters were treated for the effects of teargas inhalation.

The gas grenades also caused a fire on some land near the wall, but the protesters managed to extinguish the fire before it spread.