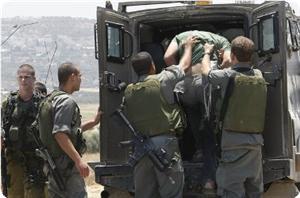 The Israeli army detained three Jericho residents, and three from Nablus, after breaking into their homes on Monday morning, the Palestinian News & Info Agency reported.Local media sources stated that the army invaded the village of Betta, near the West Bank city of Nablus, and kidnapped two residents .They were identified as Jihad Dwikat and ‘Adi Shanar.

The army also detained Mohammad Kharboosh, 23, a resident of the West Bank city of Tulkarem.

Further to this, the Israeli Military launched an incursion into the village of ‘Uga, in the city of Jericho , and detained Hatem Khaled, Hussien Sabbah and ‘Abdullah Qablawi.