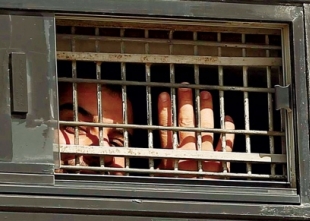 The Vice president of the Political Bureau of the Hamas movement in Gaza, Mousa Abu Marzouq, will be heading to Cairo on Monday as part of a Hamas delegation, to welcome forty detainees who will be forced into exile as part of the prisoner-swap deal. Khaled Mashal, head of the Hamas Political Bureau in Syria, will be heading the delegation.Hamas sources have reported that Qatar and Turkey will be hosting the exiled detainees, while Syria also expressed willingness to receive some of them, the Al Hayat Arabic paper in London reported.

Contrary to initial reports by Hamas officials and media agencies, not all female detainees will be released from Israeli prisons.

“Neither Israel nor the detainees’ ministries and societies mentioned the nine female detainees to us,” Abu Marzouq explained, “We only found out about them after the deal was signed, and after the names of the detainees included in the deal were published.”

He added that “he is sorry that his movement could not fix the issue,” adding that “this issue was mentioned during the indirect talks session held between Hamas and Israel in Cairo on Sunday.”

“We cannot re-open the file of prisoner-swap”, Abu Marzouq explained, “The deal has already been sealed, we cannot change it, and we cannot void it.”

As for the exiled detainees, Abu Marzouq stated that the West Bank prisoners, who will be sent to Gaza, will be handed to Egyptian officers at the Rafah Terminal. Those who are to be exiled will be transferred to Cairo, and will be immediately flown out to the countries that have agreed to host them. These measures will be conducted under Egyptian supervision, with the help of the International Committee of the Red Cross.

The Hamas leader thanked Egypt for its important role in mediating the talks, and in striking a successful deal. He criticized the German intermediary who, according to Marzouq, “was negotiating on behalf of Israel instead of being fair, and wasted two years of talks”.

He also stated that a large number of countries offered to mediate the indirect swap talks but Israel rejected the offers.
Abu Marzouq further stated that in February of this year the Egyptian revolution started, and Egypt resumed its third-party role in the talks, which started to witness positive developments.

On Sunday, senior Hamas leaders, including Ahmad Al Ja’bary (the leader of the armed wing of Hamas, the Al Qassam Brigades) left for Gaza from Cairo, after holding two final indirect talks with Israel to conclude the last details of the deal.

Fateh leader and legislator Marwan Barghouthi, and the Secretary-General of the Popular Front for the Liberation of Palestine, Ahmad Saadat, will not be released. Israel strongly rejected their cases, among the dozens of other senior officials and fighters.

Four-hundred and seventy-seven Palestinian detainees will be released in the first stage of the deal that would secure the release of captured Israeli soldier, Gilad Shalit.

The second phase of the prisoner-exchange deal secures the release of five-hundred and fifty more detainees, and will be carried out in two months.