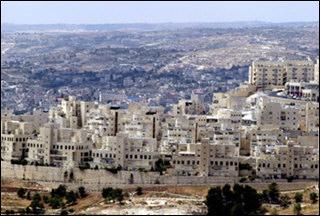 Head of the Jerusalem Department at the Palestinian Liberation Organization (PLO), Ahmad Qorea, stated that Israel’s violations against Jerusalem, settlement activities and annexations, are hostile activities that prove Israel is not interested in peace.He added that all of Israeli violations in Jerusalem must be stopped, and its settlements must be dismantled.

Qorea’ further stated that â€œIsrael’s most recent decision to build additional 4200 units for Jewish settlers in occupied Jerusalem is a provocation, and an illegal measureâ€.

The Palestinian official added that the newly approved units are part of an Israeli plan approved in 2000. The plan calls for the construction of 2610 units in the first stage on 960 Dunams of Palestinian lands illegally annexed from the Palestinian residents of Beit Safafa and Beit Jala.

â€œThis is a clear Israeli rejection to all international efforts meant to ensure the resumption of peace talks, Israel is just not interested in real peaceâ€, he said, â€œThis plan aims at completing the ‘settlements belt’ around Jerusalem, especially in the south of the city, Israel calls it South Jerusalem Belt, and its is meant to bloc any future contiguity between Bethlehem and Jerusalem, Israel also want to link Ma’ale Adumim Settlement, with East Jerusalem as part of the E1 settlement plan. This will lead to total isolation of Palestinian villages and towns in East Jerusalemâ€.

The Palestinian official further stated that the Palestinian leadership, and the entire Palestinian population, reject all Israeli settlement activities, as settlements are illegal and violate the international law, especially since they are built on Palestinian lands illegally annexed by the occupation in order to build â€œJewish-only settlementsâ€.

He held Israel responsible for any future escalation in the area, and called on the International Community â€œto be actively involved in obliging Israel to to stop its violations, crimes, and ongoing attacksâ€, and also called on the Quartet Committee to intervene to oblige Israel to stop its escalation, the illegal settlement construction and expansion in occupied Palestine, especially in and around occupied East Jerusalem.