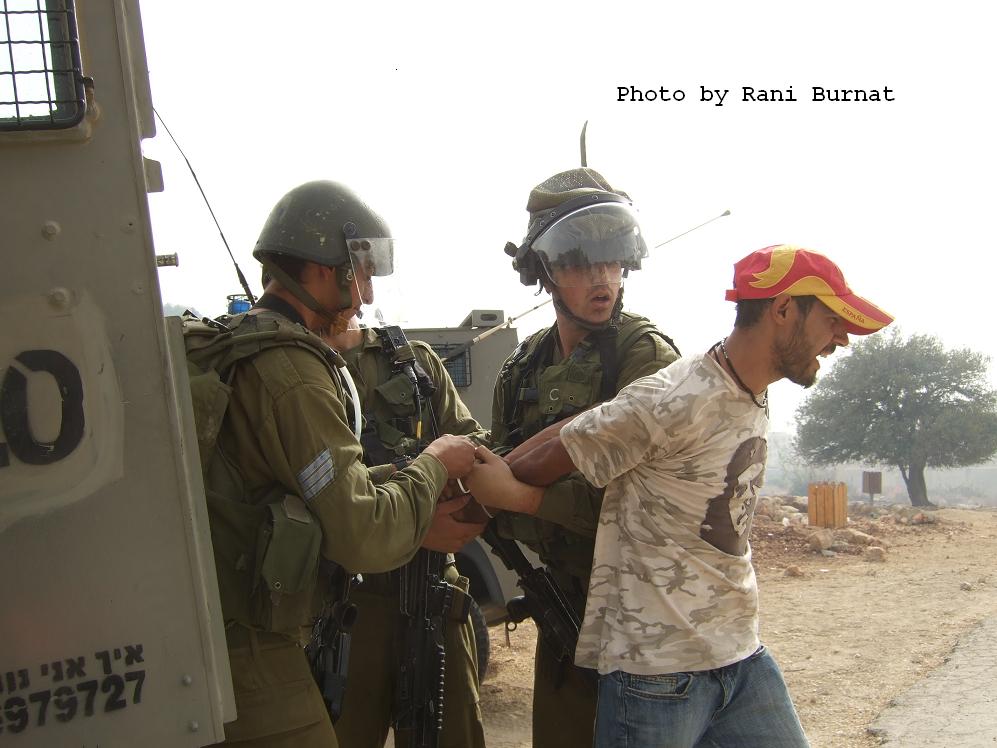 Israeli soldiers attacked the weekly nonviolent protest against the Annexation Wall and settlements, in Bil’in village, near the central West Bank city of Ramallah, and kidnapped one resident; dozens were treated for the effects of teargas inhalation. The Popular Committee Against the Wall, in Bil’in, reported that soldiers kidnapped Ashraf Ibrahim Abu Rahma, 30.

The Committee added that the protest was attended by dozens of locals, along with Israeli and international peace activists.

The protest started after local residents conducted Friday prayers at the village’s mosque, then headed towards Palestinian orchards that the residents managed to liberate after a lengthy legal battle at the Israeli High Court that eventually ordered the army to reroute a section of the wall.

The protesters carried Palestinian and Libyan flags, pictures of Palestinian detainees imprisoned by Israel, and chanted against the occupation and the illegal Annexation Wall.

Upon arriving to the Abu Lemon Natural reserve, soldiers, stationed on the other side of the Annexation Wall started firing dozens of gas-bombs and rubber-coated metal bullets; dozens of protesters were treated for the effects of tear-gas-inhalation.

“The soldiers then pursued the demonstrators through the olive orchards, and kidnapped Bil’in citizen Ashraf Abu Rahma who was standing peacefully with his flag”, the committee said.

Gas bombs fired by the army also caused fire to a number of olive and oak trees.