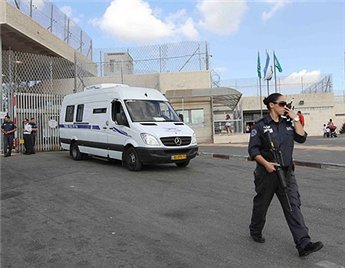 Israeli Envoy, David Midan, is holding talks with Egyptian security officials in order to prepare a list who would be released in the second phase of the prisoner-swap deal that secured the release of Gilad Shalit in exchange of 477 detainees names by Hamas.The second phase of the deal will include the release of 550 Palestinian detainees within two months. Israel, however, will be choosing them without the need for new negotiations with Hamas. Israeli official stated that they will not choose anyone who they consider ‘dangerous’ to the state of Israel.

Israeli paper Maariv quoted a senior Israeli political source stating that “talks are now focused on releasing detainees who are not sentenced to life in prison, and who did not participate in killing Israelis’.

They are expected to be released during the second phase of the deal, or separately beforehand.

Israel is still holding 5,300 Palestinian detainees, 22 of whom are elected legislators, and 280 are children, in violation of international law.