Israel Concerned About New Offices For Hamas In Jordan, Egypt 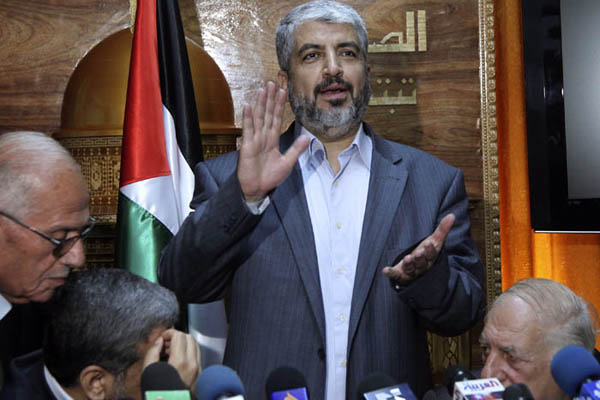 Senior Israeli security sources said that Tel Aviv is concerned about Egyptian and Jordanian intentions to allow Hamas to open offices in Amman and Cairo, and considered the move as “granting legitimacy to terror”.The sources said that both Washington and Tel Aviv are concerned that the Muslim Brotherhood in the Arab world is gaining more power, and claimed that the Brotherhood challenges the Arab regimes and presents itself as an alternative.

The Arabs48 news website reported that Israel considers the move to be a negative factor “especially since Cairo and Amman admit to the rising power of Islamist groups in the region, amidst American talks with the Muslim Brotherhood in Egypt”.

Israeli security and political leaders also stated that, by hosting Hamas, Cairo will be jeopardizing the close relations between the two countries.

The leaders added that Egypt played an important, and undeniable role in the release of corporal Gilad Shalit, “but its decision to host a terrorist group cannot be taken lightly”, and added that Israel will be holding talks about the issue with a number of concerned countries, mainly referring to its strongest ally, the United States.

Also, a security source in Tel Aviv said that the fact the Turkey hosting a number of former Hamas detainees, who were released under the Shalit swap-deal, “is also a negative indicator showing that Turkey is interested in freezing its relations with Israel and maintaining strong ties with the Muslim Brotherhood, and the Arab regimes”, according to the source.

The leadership of Hamas in exile is hosted by Syria, but after the Syrian revolution started, the movement started talking about the possibility of moving its offices to another country.

Syria also hosts several Palestinians factions, mainly those who split from the Palestinian Liberation Organization (PLO). Hamas was never a PLO member but expressed willingness to join it ‘should serious reforms be conducted’.