Israeli Leaders Said To be ‘At Odds Over Punishing Abbas’ 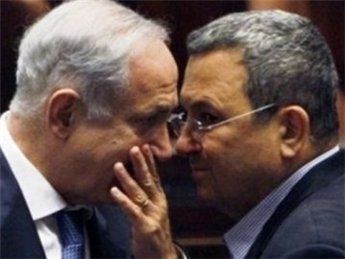 Israeli military seeks to put in place a set of steps to reduce the gains obtained by Hamas, from the prisoner-swap deal which secured the release of over one thousand Palestinian detainees in exchange for captured Israeli soldier, Gilad Shalit, the Ma’an News Agency reported.The military leadership in Israel is calling for support of the Palestinian Authority in the West Bank, and for its President, Mahmoud Abbas. But the political leadership wants to punish Abbas for his statehood bid, in seeking international recognition for an independent Palestinian State.

According to Israeli daily, Haaretz, the military leadership which includes: the Army, Shin Bet (Internal Security Agency), and the Department of Information of the Civil Administration, is getting ready to provide a set of proposals to the Israeli political level within a month.

The Israeli ‘Civil Administration Authority’ operates under the control of the Israeli Military and the Israeli Intelligence Agency in the occupied West Bank.

These proposals, however, are said to be meant to strengthen the position of Abbas (Abu Mazen) who was affected by the damage that occurred to the Palestinian Authority and the “decline in its popularity” in the West Bank and Gaza Strip.

This, however, happened because Hamas has widely strengthened its position since the completion of the prisoner-swap deal and the release of the detainees in the first phase.

The Haaretz website added that, the proposed steps that are being discussed at a political level include the release of Palestinian detainees (apart from those detainees who are promised to be released in the second phase of the swap with Hamas).

Israel considers the move as a goodwill gesture towards Abbas, in addition to handing the security control of certain areas in the West Bank to his authority.

The website also pointed out that the political leadership in Tel Aviv, and Cabinet of Eight (eight senior cabinet members and Netanyahu) insist on imposing punitive measures against the Palestinian Authority in the West Bank, and on Abbas, because he headed to the United Nations, and filed the Palestinian statehood bid.

Furthermore, Israeli Defense Minister, Ehud Barak, and the Military leadership, pointed out that the correlation in the decline of the popularity of Abu Mazen and the Palestinian Authority in the West Bank, and the increasing support to the Hamas movement and their Authority in the Gaza Strip.

They also stated that Israel should not grant the P.A any ‘Goodwill measures,” except through direct negotiations.

When Israel ‘grants’ the P.A goodwill moves, this usually means the removal of some roadblocks in the West Bank, and sometimes the release of detainees not considered ‘dangerous’ to Israel’s security, most of them are held under Administrative Detention orders without charges.

On Sunday, Israeli Opposition leader, Tzipi Livni, called on the Israeli government to release 550 detainees from the Fateh movement of Abbas, in order to reduce the damage that was done to Abbas and his West Bank authority, after Hamas secured the prisoner-swap deal, and claimed victory.