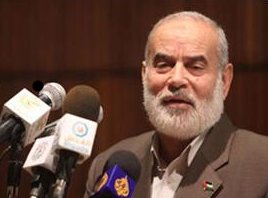 Deputy head of the Palestinian Legislative Council (PLC), Dr. Ahmad Bahar, warned that Israel and a number of “Zionist” groups are “allocating money to fund the assassination of detainees released under the prisoner-swap deal”.Bahar added that some extremist members of the Israeli Knesset are also encouraging the assassinations.

The Hamas-affiliated Palestinian Information Center stating that Bahar issued a press released stating that “the Zionist threats against the detainees should not be taken lightly”.

“There is ongoing incitement practiced by fundamentalist members of Knesset, and settlers, against the freed detainees”, Bahar said, “This proves that Israel intends to target those detainees in the coming stage”.

He called on the freed detainees to remain alert, especially in the West Bank and in East Jerusalem.

Bahar further stated that Palestinian President, Mahmoud Abbas, must practice an essential role in countering the Israeli plans, and must ensure full protection to the released detainees “instead of the humiliation they face by the security forces that interrogate them”.

He also stated that the P.A in the West Bank is forbidding any activities and festivals that celebrate the release of the detainees.

The Hamas official called on the Egyptian leadership to act and foil the Israeli plans to harm the freed detainees.