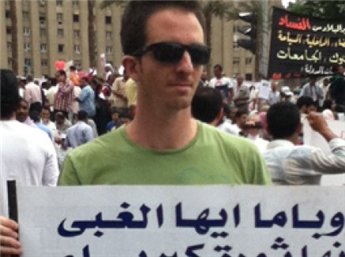 Israeli cabinet held a meeting Tuesday and approved a prisoner-swap deal that would secure the release of the Israeli spy “Ilan Grabil”, held in Egyptian prisons in exchange for the 25 Egyptian detainees imprisoned by the Palestinian News Agency, Maan, reported Tuesday evening. According to Israel, the 25 Egyptian detainees are accused of smuggling weapons and drugs. Three of whom are children who were never sent to court.

The deal is expected to be carried out this Thursday, the Israeli online daily, Haaretz, reported, confirming that none of the Egyptian detainees are accused of killing Israelis.

Israeli cabinet members who attended the meeting on Tuesday, said that Egypt refused to include the release of Arab Israeli Spy, Odeh Trabeen, held in Egyptian prisons since 2000.

The Israeli spy, Ilan Grabil, who also holds U.S. citizenship, was arrested on May 12th, 2011, on charges that include spying for Israel, and burning government facilities during the Egyptian revolution.

After the Egyptian revolutions managed to remove president Hosny Mubarak, the United States renewed its efforts for the release of Grabil, but the Egyptian Armed Forces and the new interim government refused to release him.