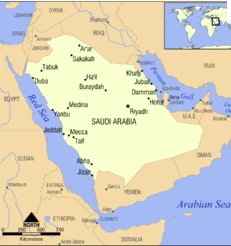 The United Nations Relief and Works Agency (UNRWA) stated Tuesday that Saudi Arabia is sending 175 tons of rice to the Gaza Strip this week. The ship is the third of food donations sent by Riyadh.The Palestine News and Info Agency, WAFA, is reporting that the aid is being sent by the Saudi Campaign of the Custodian of the Two Holy Mosques for the Relief of the Palestinian People of Gaza.

The shipment is the third of its kind sent by direct orders and supervision from Saudi Prince, Nayef, the Saudi Campaign stated in a statement issued Tuesday.

The statement added that the shipment will be sent to Gaza with the help of the Jordanian Royal Hashemite Organization (JHCO) and the UNRWA.

The JHCO held a ceremony at its warehouses in Jordan marking the departure of the convoy. Officials from the Saudi Committee, the Saudi Embassy in Amman, and the representative of UNRWA’s secretary-general attended the ceremony.

UNRWA’s Commissioner-General, Filippo Grandi, stated that this donation comes in a time of dire need, and added that, even after this donation reaches Gaza, UNRWA will still be lacking $10 million to ensure the continuation of its services until the end of this year.

“This is why we recently issued the special appeal for Gaza”, Grandi said. “We are very grateful for Prince Nayef, the Saudi government and people.”

WAFA said that the agreement to sent the three instalments of food to Gaza was signed in June this year.

The Saudi Campaign has donated a total of $10 million to UNRWA in Gaza since Israel’s three-week war on Gaza in December 2008 and January 2009.

During the war, the Israeli army killed 1,419 Palestinians, most of them children, women, elderly and rescue teams. Approximately 6,000 residents were wounded. Nine Israelis were killed by Palestinian fire and shells, and four Israeli soldiers were killed by friendly fire.