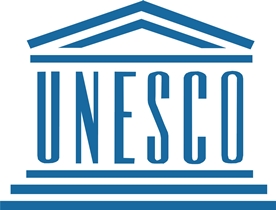 United Nations Educational, Scientific and Cultural Organization (UNESCO) will be holding a vote on Monday on the Palestinian request to become a full member. The move is part of the Palestinian demands of international recognition as a state.On October 6th, The Executive Council of the UNESCO decided to allow the 193 member states to vote on the Palestinian application.

The decision angered Tel Aviv and the United States, while the White House is threatening to cut its funding to the organization. The U.S. provides %22 of all UNESCO funding.

A UNESCO spokeswoman stated that the vote will be on Monday, likely during late hours of the day, at the Organization’s headquarters in Paris. The UNESCO is holding its annual conference that started on October 25th and will go on until November 15th.

The UNESCO is the first UN organization the Palestinians turned to after President Mahmoud Abbas officially filed the application for full membership at the United Nations on September 23rd.

Israel and the United States led a large campaign to convince world countries to vote against the statehood application.

Washington said it will use its Veto power to topple the move, while both Washington and Tel Aviv held extensive talks with different countries in order to gain a majority without needing the veto so that the U.S. does not be singled out as the country that foiled the initiative.

On July 30, 1980, the Israeli Knesset passed the co-called “Jerusalem Law” declaring the occupied city “complete and united” as the eternal capital of Israel.

On August 20, 1980, the United Nations Security Council adopted resolution number 478, considering the “Jerusalem Law” as a violation of International Law.

The resolution was passed by 14 votes to zero; the United States abstained from the vote.

Similar to all other resolutions regarding Israel’s full withdrawal from all territories captured in 1967, including occupied East Jerusalem, and the Right of Return for the refugees displaced during Israel’s creation in the historic land of Palestine in 1948, Israel never complied.