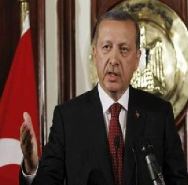 Hamas sources said that Erdogan positively responded to a statement by Hamas Political Bureau Chief, Khaled Mashal, who called for boosting the relations between Hamas and Turkey.

Erdogan instructed the Ministry of Finance to allocate $300 million to be sent to Hamas’ government in Gaza.

On his part, Mashal stated that financial support to Hamas witnessed a sharp decrease recently, adding that the Turkish donation will help cover some of the budget for the coming year as the government’s balance for this year is estimated by $540 Million.

Turkish media sources reported that the sharp Turkish criticism against the Syrian regime for the brutal crackdown targeting the revolution against President Bashar Asad, pushed Mashal to delay the visit of Haniyya to Ankara.

The Hamas movement has its offices in Syria and refrains from making statement regarding the situation there.