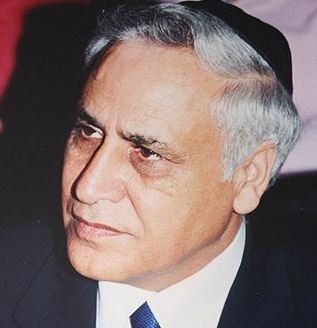 Former Israeli Prime Minister, Moshe Katsav, started Wednesday a 7-year prison term for two counts of rape, and several other sexual offenses. On Thursday, November 10th, the Israeli Supreme Court upheld the conviction against the former Israeli president after it rejected the appeal filed by his lawyer.

Katsav insists on his innocence and told reporters who gathered outside his home that “he was wrongly convicted” and that “there is no evidence against him”.

Israeli daily, Haaretz, reported that Katsav told the reporters that the court ignored the testimonies of 20 defense witnesses, adding that “one day, the Israelis will find out that they have buried a man alive”.

The former president was convicted of raping a former employee, when he served as a cabinet minister, and for sexual harassment of two former employees in the years 2000 and 2007.

Haaretz reported that Katsav will be held in a cell designated for prisoners who are believed to be suicidal. The cell has two cameras and even his lavatory and shower stall have transparent glass.

The trial against the former Israeli President lasted for one year and all deliberations were held behind closed doors.

The 65-year-old former president was offered a plea bargain two years ago, but he rejected it and maintained his “innocence”.

The plea bargain he rejected offered dropping the most serious charges against him, and a suspended sentence.

In their ruling, the judges said that the testimonies of the former president were “riddled with lies”, and that he changed his claims several times during the course of interrogation, Haaretz added.

On Sunday, September 28, 2008, Israeli Prime Minister, Ehud Olmert, handed his resignation to Israeli President, Shimon Peres, and on August 30. 2009, an indictment was served against him at the District Court in Jerusalem.

The indictment against the Olmert refers to five criminal accounts; Tax evasion, breach of trust, fraud, falsifying corporate documents and obtaining by fraud under aggravating circumstances.