Israel can never steal our heritage 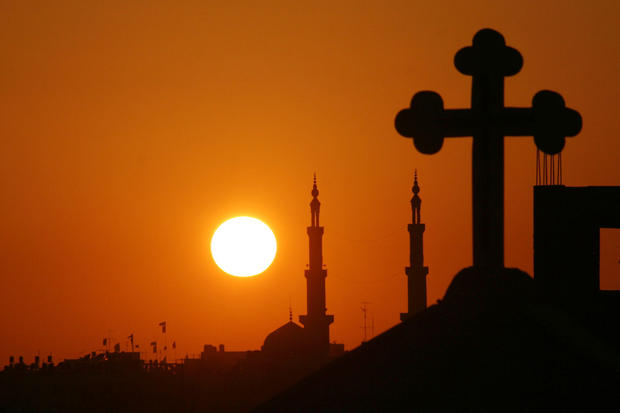 We Palestinians have nothing to cherish more than our roots and ancestral identity. To us, olive trees and the shade in which our grandparents rested or lovers used to secretly meet weave together sweet pre-dispossession memories.

My grandmother’s depleted voice can’t but play and replay the same ecstatic melodies of a womanhood (before 1967) spent between Gaza and Jerusalem, or actually, between Gaza and an Israeli officer and from there to Jerusalem. She would repeat to me again and again how smoothly (compared to now) she and her Jerusalemite relatives could visit each other. According to her, the most difficult part was to find a carriage.

I would nod my head, sip my tea, and contemplate her face. It is really difficult to imagine that the young adventurous woman who could “smoothly” go to and enjoy Jerusalem is the same one as my wrinkled grandmother. Later, I would be struck by the fact that she is eight decades old. Eight decades! Older than the Nakba? Yes.

One of my grandmother’s clearest memories of the few years prior to the Nakba is one of a British officer who stood before a Palestinian crowd that happened to include my grandmother. According to her, everybody was there to celebrate the inauguration of a new British-established school in Gaza.

My grandmother narrates: “Can you see me, Rana? I can see the officer in front of eyes now. I remember him yelling and cheering until he uttered these words: ‘Today we are your guests, but tomorrow you will be ours.’” A deep breath and she continues: “we were too naïve to fathom the demon snoring in his speech.”

My grandmother, therefore, is a living evidence of the irrefutable fact that Palestinians had forged lives in Palestine until Zionist gangs, like the Hagana, Irgun and the Stern Gang, to name a few, viciously drove Palestinians out of their lands.

They destroyed our villages, but not our heritage

In our schools and families, we are raised to identify ourselves with our heritage and the villages or towns from which we originally descend.

It is neither surprising nor is it phenomenal when a seven-year-old boy knows exactly which Palestinian village or town is his home of origin and offers a brief but accurate description of his grandfather’s stolen or destroyed house, even if he’s never been allowed to visit himself.

Our heritage is not only the black or red checkered kufiyyeh scarf and the traditional embroidered dress; it is a scent wafting carried on the breeze from olive groves, vines and figs. Alas, everything was and continues to be subject to Israel’s relentless attempts to loot a deep-rooted Palestinian culture.

To us, especially the young, books are our solace from a life of turbulence and uncertainty. We are more attached to the characters of some novel than to the bombs falling down from the sky. Yet, Israel doesn’t allow that. Every single book I have was smuggled to me by one of my non-Palestinian friends who travel a lot.

Furthermore, more than 6,000 Palestinian books are now languishing on the shelves of Israel’s National Library indexed with the label AP or “Absentee Property.” Those “absentees” are Palestinian refugees whose dream and right to return have been denied for so long.

Israel, however, can never loot a culture of nonviolence and stone-throwing. Frankly speaking, without massacring and dispossessing tens of thousands of Palestinians, Israel could have never come to existence in the first place.

Walking through the roads of Palestine attests to a history of religious tolerance. With Christmas coming soon, Palestinian florists and gift shops, mostly owned by Muslims, are adorned with Christmas trees, Santa Claus costumes and glowing lights. Here, Muslims and Christians are neighbors and friends. Every Christmas, Muslims visit their Christian neighbors and offer warm hugs and outings together.

I was educated in a Christian school; I clearly remember my Christian classmates fasting during Ramadan with us or at least, avoiding eating in front of us. Christians here, despite being a minority, celebrate Eid with us. They even go get new outfits every Eid as is the Muslim custom.

Even the construction testifies to warm relations and deep respect. In the old part of Gaza, you will find a Catholic church that shares a wall with an ancient Turkish mosque. Both the church and the mosque have stood there for hundreds of years.

Prior to the Nakba, the above situation applied to relations with Jews; but when the Israeli state was established on 15 May 1948 and declared a “Jewish-state,” Jews were separated from Muslims and Christians. Even those Jews who were not affiliated with the Zionist movement had to be separated.

Palestinians do not come from Mars, but we are constantly alienated and our demands swept off to corners like dust.

I lost faith in the so-called “international community” a long time ago. I don’t even know whether I have ever had any sort of trust in it.

None of the UN resolutions that could have brought us fragments of justice have ever been implemented. The 1947 UN resolution on the partition of Palestine (181), however, was upheld and implemented. This resolution served nobody but the Zionist movement and therefore the perpetuation of our misery.

The cultural war Israel has fueled is aimed at de-Palestinianizing the Palestinians and those who choose to stand on the right side of history. This is why the Palestinian Campaign for the Academic and Cultural Boycott of Israel (PACBI) exists. Israel has cultural obligations to meet and must be pressured into complying with them. Until it does, the campaign will not stop.

Rana B. Baker, age 20, is a student of business administration, and a member of the Gaza-based BDS organizing committee and a blogger for The Electronic Intifada. Her personal blog is http://ranabaker.wordpress.com and she can be found on Twitter: @RanaGaza.