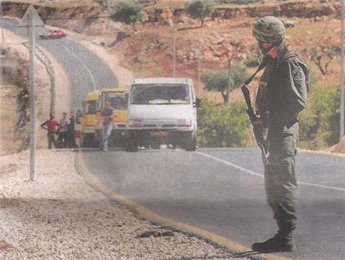 Senior Israeli military officials have demanded that the Israeli Government increase the Palestinian Authority’s control in the West Bank in order to enable it to prevent the Hamas Movement from toppling the Fateh-backed Palestinian Government, the Ma’an News Agency reported Thursday.Israeli online daily, Maariv, reported that several senior officials said that Israel must provide the P.A. with more power and leverage in the West Bank in order to maintain the status quo.

They further said that the Palestinian security services are maintaining security and preventing violence in the West Bank. Therefore, such civil and economic privileges contribute in increasing the PA’s security power and leverage in the Occupied Palestinian Territories.

Maariv also reported that there is a debate over increasing the number of the Palestinian workers permitted to work inside Israel, as well as Israeli approvals of establishing economical projects in different areas of the West Bank to create more jobs for the Palestinians.

The discussion includes establishing new roads to facilitate the movement of Palestinians travelling to and from several parts of the West Bank.

Moreover, the officials confirmed that such privileges are necessary for the Fateh-backed PA, especially after Hamas signed the Shalit swap deal with Israel last October, an issue that increased the movement’s popularity.