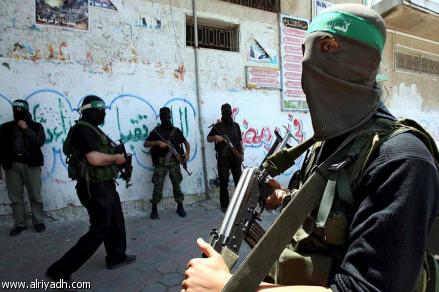 Egyptian security officials denied claimed reported by the Israeli “Jerusalem Post” in which it said that the Hamas movement established basis and missile manufacturing facilities in the Sinai Peninsula as Israel bombards such facilities in Gaza, the Maan News Agency reported.The Egyptian daily, Al Ahram, reported that that the Israeli claims are unfounded as no faction or group can conduct such activities on Egyptian soil as such an issue is considered a direct violation to Egyptian sovereignty.

Al Ahram said that the Israeli report is a ‘fabrication and false information’.

An Egyptian security official stated that Egypt controls every inch of its lands, and that the Peace Agreement between Israel and Egypt is valid in addition to the fact that there are international forces based at Al Joura Military base, north of Sinai.

“The International forces, based in Sinai, are tasked with monitoring the border between Sinai and Israel, and conduct repeated patrols along the border and nearby areas”, the official said, “Therefore, these claimed facilities would have been uncovered by now”.

The Jerusalem Post reported that Hamas chose to have its training camps in Sinai because it knows that Israel will not bombard Egyptian territory, and added that Tel Aviv demanded Cairo to take control of the situation in Sinai in order to prevent attacks against Israel, but Egypt, according to the report, did not act against the Hamas training centers in the Peninsula.

The Jerusalem Post further reported that the Israeli Army intensified its deployment along the border with Egypt, and recently formed a new brigade in charge of defending the coastal city of Eilat, and nearby areas.