Preparations For Second Phase Of Swap Deal To Start Tuesday 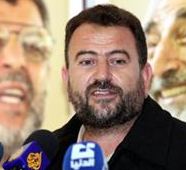 Member of the Political Bureau of the Hamas movement, Saleh al-Aroury, stated that the Israeli army will start gathering all Palestinian detainees scheduled to be released under second and final phase of the prisoner-swap deal that was reached on October 11, between Israel and the Hamas movement.Al-Aroury added that the detainees will be released directly after Gaza Strip detainees are sent to the Negev Detention Camp, and West Bank detainees are send to the Ofer Prison.

The Hamas official denied reports claiming that a specific date was set for the actual release of the detainees, adding that Egypt, the mediator, informed Hamas that a specific time and date was not determined due to “logistics”.

But he affirmed that December 18 is the final date all detainees included in the swap-deal should be let go.

Israel will be releasing 550 detainees of its choice, including sick detainees, elderly, children, and detainees who fit other categories that were not explained. Israel said it will not be releasing detainees it labels as ‘prisoners with blood on their hands’.

Al-Aroury further said that unlike the first phase of the deal, no detainees will be exiled out of Palestine, and that they will all be allowed back to their homes.

In addition, Al-Aroury denied some reports that claimed that prisoners held on criminal charges will be released, confirming that all freed detainees under the prisoner-swap deal were arrested and imprisoned by Israel for their political activities and their affiliation with the resistance.

Egypt mediated and supervised the talks for several years until a deal was brokered in October.

Israel is supposed to release the remaining 550 detainees, named in the second phase of the deal that should be implemented by December 18.

It is worth mentioning that on October 2009, Israel release 20 female detainees in exchange for a video recording of Shalit proving that he is alive and well.

The total agreed number of detainees to be released under the deal is 1,027. Israel is refusing to release Fatah strongman, Marwan Barghouthi, and PFLP Secretary-General, Ahmad Saadat, in addition to dozens of political leaders and members of the resistance.

The deal includes the release of 180 detainees held by Israel prior to the signing of the Oslo peace agreement.