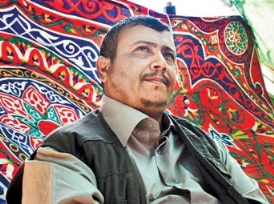 Cleared for publication Tuesday; in September 2007, undercover forces of the Israeli Army kidnapped a resident identified as Mohawish Al-Qadi, from Rafah, in the southern part of the Gaza Strip. After his capture, Hamas changed the location where Gilad Shalit, was being held. Amira Hass of Haaretz, an internationally and locally renowned Israeli Journalist, reported that after Al Qadi was captured, the Hamas-affiliated security forces in Gaza conducted extensive efforts to locate and apprehend the collaborators who helped Israel in capturing him, but some of them managed to escape, and fled out of the Gaza Strip.

Al-Qadi was accused of indirect participation in the kidnapping of Gild Shalit, who was captured by the resistance in June 2006, and was released under a prisoner-swap on October 18, 2011.

Al-Qadi was initially sent to an Israeli court facing accusations of direct participation in the abduction of Shalit, and of knowing the whereabouts of the soldier, but under a plea bargain, Al Qadi reportedly admitted to “indirect participation in the abduction of Shalit”, but maintained that he does not know the location where the corporal was being held.

According to the claims of the Israeli prosecution, on September 2005, the Al Qassam Brigades, the armed wing of Hamas, asked Al Qadi to find a suitable piece of land so that its fighters can dig a tunnel that reaches to the nearby Israeli military base across the border. The tunnel was later used by the resistance to capture Shalit.

In April this year, Haaretz asked the Israeli Central Court in Beer Shiva (Be’er As-Sabe’) to remove a gag order on the case, but the Israel proposed the release of the modified charges filed against Al-Qadi, and the verdict. Haaretz remained persistent and on Tuesday, the court removed the gag order.

Despite the fact that the gag order was issued after Al-Qadi was kidnapped, the way Al-Qadi was kidnapped was not a secret in Gaza as Palestinian media outlets and human rights organizations published details reports on the issue, based on testimonies of his wife, his children, and other eyewitnesses.

In June this year, Haaretz demanded information regarding what the Israeli Justice Ministry is doing to follow-up on a complaint filed by the Public Committee Against Torture, based in Jerusalem, stating that Al-Qadi was harshly and extensively tortured by the Israeli interrogators. But a gag order was issued and no information was released.

Al-Qadi was kidnapped, on September, 7th, 2007, by at least six undercover Israeli soldiers who were disguised as the Executive Forces that were formed by Hamas.

Al-Qadi, along with his wife and children, were heading back home when they saw an elderly man, holding his cane and a fruits basket, falling onto the ground.

Al-Qadi then stopped his car, and wanted to help the man who seemed to be in-need, but the whole scene was planned by the undercover soldiers who then jumped at Al-Qadi, kicked and tazered until he was unable to move, they then took him to the destroyed airport in Rafah, where several Israeli military vehicles were waiting, and drove away.

Haaretz said that Al-Qadi was later moved to a Shabak (Israeli Internal Security) base where five, or more, Israeli interrogators contagiously interrogated, trying to get him to answer one question regarding the location of Shalit. Despite continuous torture, Al-Qadi maintained that he had no idea.

After two weeks of interrogation at the Shabak base, Al-Qadi was moved to Asqalan prison, and again, was tortured and interrogated. Haaretz said that interrogation methods, used against Al-Qadi, are considered illegal by the Israeli Supreme Court.