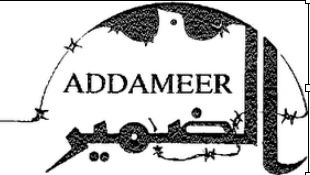 The Ad-Dameer Prisoner Support and Human Rights Association denounced the Israeli Army for the daily kidnappings of children and youth at the Shu’fat refugee camp, in occupied East Jerusalem, adding that the army kidnapped more than 21 youths, including 11 children in the last 15 days.A lawyer for Ad-Dameer stated that the arrests are directly connected to the demand that Israel opens the Shu’fat terminal that is leading to the isolation of 50,000 Jerusalemite Palestinians from the city.

Soldiers based at the terminal only allow those who carry a Jerusalem ID cards, or a special permit to cross, therefore many youths who live there, and are not granted permits, and are frequently arrested.

Israel is building the terminal at the entrance of Shu’fat refugee camp, north of Jerusalem, and is designing it to be similar to the Qalandia roadblock, that became a full terminal, to fully encircle the camp with the Annexation Wall it started building in 2002.

The Ad-Dameer lawyer said that the Israeli soldiers escalated their attacks against the youths and the children, and violently attacked two residents, aged 20 and 21, leading to concussions and bruises to several parts of their bodies.

The lawyer further stated that by following the files of the kidnapped youths and children, it became clear that the charges filed against them were “hurling stones, attacking police officers and obstructing their duty, and participating in protests”.

In most cases, the youths and children are released after their families are forced to pay NIS 1,000-3,000 in fines, and under the condition of being placed under house arrest for seven days.

Ad-Dameer said that it strongly condemns their “systematic violations in Shu’fat Refugee camp, the town of Shu’fat, and all Arab towns in East Jerusalem.

It said that “arrests, torture and abuse are polices Israel uses against the Palestinians, as part of its policy to demolish their homes and build the Annexation Wall”.

The Association demanded that the International Community to intervene and oblige Israel to stop its violations, abide by International Law, and called on human rights groups to protect the civilians, especially the children.

In related news, the Association reported that since October 18, 2011, when Israeli soldier, Gilad Shalit, was released in exchange for 477 detainees in the first stage of the swap-deal, Israeli soldiers abducted nearly 470 Palestinians.

It said that it is very clear that the deal did not deter Israel from continuing its abduction of Palestinians as Israeli detention camps are being refilled with practically the exact number of detainees who were released in October.

It further stated that some of the released detainees are subject to harassment by the army as the soldiers regularly break into their homes, and ordered some of them to head to the nearest interrogation center, while one of them was re-arrested.

The number of Palestinians who were kidnapped by the army in the period between October 18 and December 12, is 470 including 70 children and 11 women.