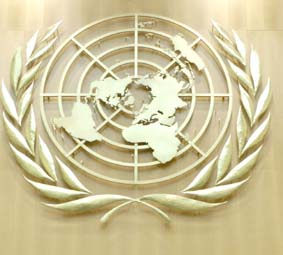 The Permanent Palestinian Observer at the United Nations, Riyad Mansour, stated that 182 countries at the General Assembly voted Monday for the Palestinian right to self-determination.Seven countries, headed by the Unites States and Israel, voted against the resolution. Three countries, including the new South Sudan state, abstained.

Mansour said that this high number of positive votes proves that the vast majority of the countries in this world support the Palestinian right to independence and self-determination. The United Nations General Assembly has 193 member states.

The resolution also affirms the need to resume the peace process between Israel and the Palestinians, and calls on all countries to help in creating peace in the Middle East; peace that is based on the Land for Peace principle, the Arab Peace Initiative, and the Road Map Peace Plan.

It states that a solution to the conflict must be based on the two-state solution, and calls for achieving a comprehensive and just peace agreement between Israel and the Palestinians.