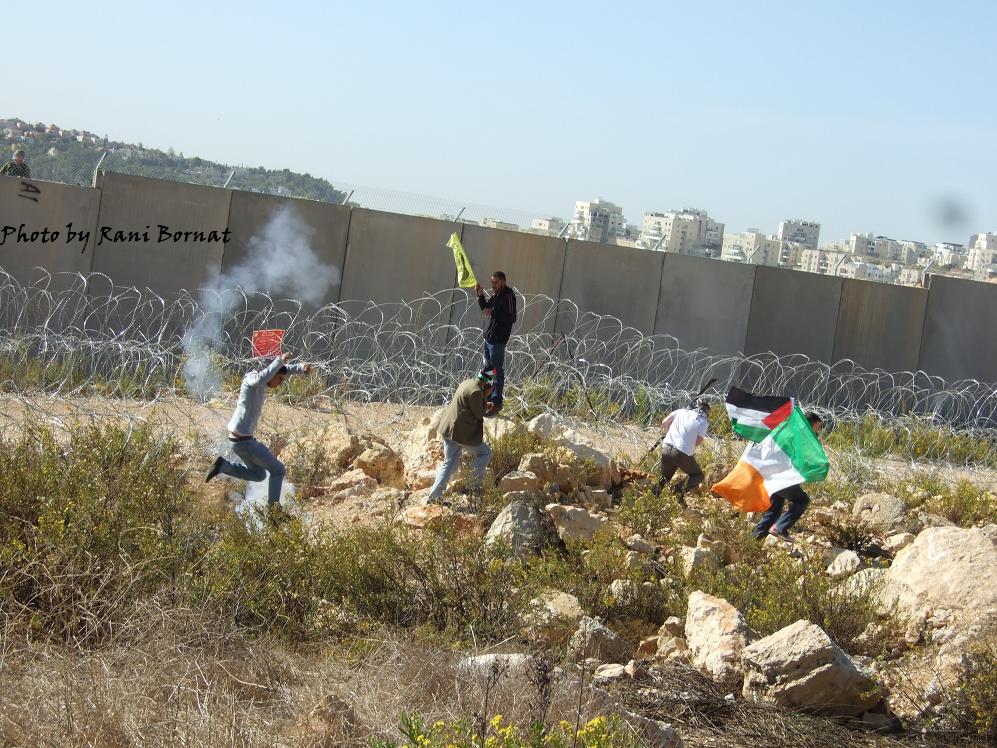 Israeli soldiers attacked on Friday the weekly nonviolent protest against the illegal Israeli Annexation Wall and settlements, in Bil’in village, near the central West Bank city of Ramallah.Dozens of local residents, Israeli and international peace activists, and a Japanese delegation, participated in this week’s protest.

The week’s protest focused on the Occasion of Christmas and honored Palestine’s Christian population.

The procession started after Friday prayers at the local mosque in the center of the village, and the protestors marched to orchards that were liberated after a lengthy legal battle.

The protesters raised Palestinian flags while two participants, dressed like Santa, rang small bells they carried and spread the wishes of liberation and independence for the Palestinian people.

As the protestors arrived at the Abu Lemon natural reserve, some managed to break through the barbed wire, surrounded it, and remove some of the wires.

Soldiers stationed behind the concrete Wall fired rubber-coated metal bullets, stun grenades and teargas; dozens were injured and were treated by field medics.