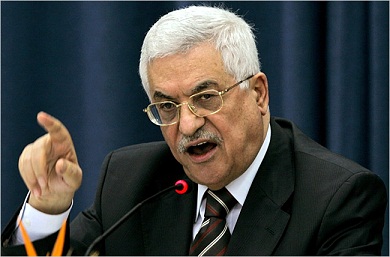 On Wednesday evening, Palestinian President, Mahmoud Abbas, stated during a press conference held in Ramallah with the United Nations Secretary-General, Ban ki-moon, that the Palestinian leadership seeks a comprehensive peace agreement with Israel, but will not accept to hold talks while Tel Aviv continues its settlement activities in the occupied territories.“We seek real peace, comprehensive peace,’ Abbas said, “This peace must be based on the two-state solution, by ending the Israeli occupation in all of the occupied territories, including the Jordan Valley, and East Jerusalem, the capital of our future state.’

The President added that the Palestinians recognize the fact that peace can only be achieved through negotiations, and that the Palestinian leadership headed to the United Nations seeking full membership that was not granted, adding that this step was made due to the lack of progress in the political process.

“We need peace talks to resolve the issues of borders, Jerusalem, the refugees, security, water, and the political prisoners,’ Abbas said.

Meanwhile, the UN Secretary-General stated that “He understands the frustration the Palestinian feel, living under occupation, and facing hardships without an end in sight.’

He added that Israel’s settlement activities violate International Law and have direct impact on the final-status solution, the WAFA News Agency, reported.

Ban said that the UN is working with its partners in an attempt to resume the peace process in order to achieve peace based on the two-state solution.

The official further stated that he will be supporting the full Palestinian membership at the United Nations after a peace agreement, that ensures the two-state solution, is reached.

During talks with the UN Secretary-General on Wednesday afternoon, Israeli Prime Minister, Benjamin Netanyahu, stated the possibility of freezing settlement activities “Can only be reached during peace talks,’ and that they ‘cannot be used as a precondition for the resumption of talks.’

He claimed that settlements are an outcome of the Arab-Israeli conflict, but “are not the core of this conflict,’ and added that Israel will be willing “to find a solution to this issue through negotiations.’

Netanyahu reiterated his demands that the Palestinians and the Arab World must recognize Israel as a Jewish State, and that this issue, along with the issue of security are main issues that must be agreed upon.