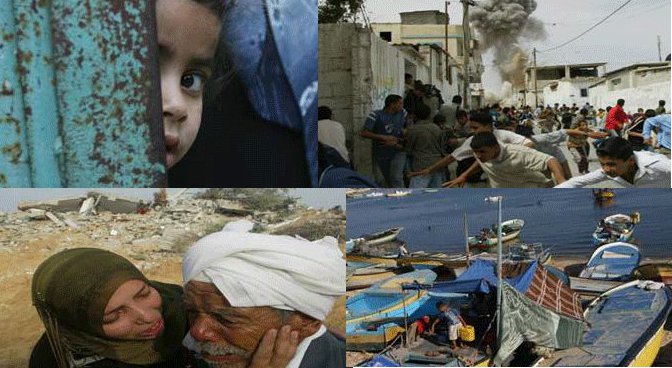 A report released and published by the Mezan Center for Human Rights stated that Israeli troops killed 114 Palestinians, including 15 children and two women, and injured 467 residents, including 120 children and 25 women in dozens of attacks, airstrikes and bombardments carried out against the Gaza Strip in 2011.In its report, al-Mezan stated that the shelling led to the total destruction of 10 homes while at least 152 homes were partially damaged, in addition to the destruction of 31 stores and shops, 23 industrial facilities, 73 public facilities, and 23 vehicles.

Furthermore, the Israeli Navy continued its attacks against the Palestinian fishermen and carried out 69 attacks last year leading to the injury of six fishermen. The navy also confiscated six fishing boats, and damaged fishing nets and fishing tools in seven attacks.

The Center said that these attacks against the fishermen are depriving dozens of families from their only source of livelihood.

The army further confiscated 35% of farmlands in the Gaza Strip, a total of 17% of the lands in the coastal region, and continued to target border areas, including homes and agricultural lands.

Al-Mezan said that despite Israeli claims of easing the illegal Israeli siege on the Gaza Strip, the Nahal OZ and the Karni Crossing remained fully closed, while the Beit Hanoun (Erez), Karem Abu Salem (Kerem Shalom) and the Rafah crossings were partially opened.