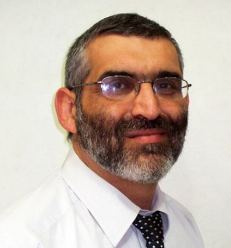 Extremist far-right Israeli Member of Knesset, Michael Ben Ari, of the fundamentalist National Union Party (Ichud Leumi), was denied a Visa to the United States for his affiliation with a terror group. The U.S. is referring to Ben-Ari’s affiliation with the Kach movement that is considered a terror group by Israel, the United States, Canada and the European Union.Israeli daily, Haaretz, reported that the Ben-Ari, who was angered by the decision, stated that the “Blindness of the United States is what brought about the September 11th attacks”, Israeli daily, Haaretz, reported.

The Israeli MK submitted a visa application to the U.S consulate in the country as he intends to participate in a conference aimed at encouraging Jewish immigration to Israel.

The embassy told him that the U.S Department of State has a clause that allows it to deny visa to any person or group involved in terror activities in foreign countries.
Haaretz reported that Knesset Spokesperson, Reuven Rivlin of the Likud Party of Prime Minister Benjamin Netanyahu, was angered by the U.S stance and sent a letter to Dani Shapiro, the U.S. Ambassador in Tel Aviv, urging him to reconsider this decision and told him that “banning an Israeli MK from entering the United States is not acceptable”.

He said that Ben-Ari represents Israel’s National Union Party in the country and is “a close ally of the United States”.

On his part, Ben-Ari, who was angered by the decision, said that the United States welcomes Iranian President Ahmadinejad, despite his open calls for the destruction of the State of Israel, and Palestinian President, Mahmoud Abbas, who “plans the killing of children in Jerusalem” according to Ben-Ari, and Arab Member of Knesset, Dr. Ahmad Tibi “who encourages martyrdom”, and then “(the U.S.) decides to prevent me from meeting the Jewish community to encourage Aliyah (Jewish Immigration to Israel) by claiming that I am a terrorist”.

Haaretz further reported that Ben-Ari stated that “the blindness of the United States made it unable to differentiate those who carried out the September 11 terrorist attacks and the terrorists who are threatening world peace”.

Ben-Ari repeatedly encouraged Israeli settlers to take-over Palestinian lands to establish their illegal settlement outposts in the occupied territories, in direct violation of International Law. He also was one of the Israeli MK’s who organized provocative tours in the yards of the Al-Aqsa Mosque in occupied East Jerusalem.

It is worth mentioning that the current Israeli Foreign Minister, Avigdor Lieberman, used to be affiliated with Kach movement, and when he became a Knesset member, including when he served as the Minister of Strategic Affairs, he always called for the expulsion of Arabs and Palestinians from the country, and considered them a “demographic threat to Israel”. The U.S welcomes him on its soil and he even met the U.S President, Barack Obama, at the White House.