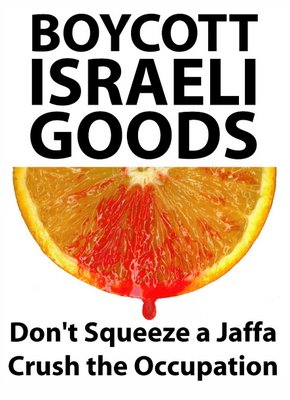 New York, NY, February 21 2012 – More than 20 organizations representing human rights activists and artists around the United States and Canada are calling on the Batsheva Dance Company to cut all ties to the Brand Israel campaign and take a stand against the Israeli government’s violations of Palestinian rights.Batsheva will begin a five week North American tour at the end of February, performing in San Francisco, Quebec City, Montréal, New York, Tulsa, Chicago, Austin and Scottsdale.

The boycott of Batsheva is a response to the Palestinian civil society call for the academic and cultural boycott of Israel, which is part of the growing Boycott Divestment and Sanctions (BDS) movement calling for a boycott of Israeli institutions and companies until demands for equality are met, including the end to the military occupation of Palestinian land, equal rights for Palestinian citizens of Israel, and the right of return for refugees, which is guaranteed by UN resolution
194.

The organizations state that they are acting in support of the Palestinian civil society call for BDS as a form of non-violent resistance to Israeli apartheid, and that should Batsheva fail to take action, their upcoming five-week tour of the United States will be met with demonstrations and a call for boycott of their performances.

In an open letter addressed to the dance company, the organizations point out that the Israeli Ministry of Foreign Affairs (MFA) has characterized Batsheva as ‘the best known global ambassador of Israeli culture.”

The letter goes on to argue that Batsheva, because of its ties to the MFA, is “actively complicit in whitewashing Israeli human rights abuses, apartheid, and occupation of Palestinian land.”

Batsheva also receives funding from the MFA for their international tours, with the upcoming tour prominently advertised on the cultural calendar of the Israeli consulate in New York City.

The letter continues by pointing out that, while Israeli artists and performers are free to tour; exhibits and performances by Palestinian artists are systematically banned, sabotaged, and closed down by Israeli occupation.

Hana Awwad, longtime member of El Funoun, one of Palestine’s premiere dance troupes, told the human rights organization Adalah-NY, “As a Palestinian dancer based in the West Bank, I am prohibited by the Israeli government from traveling to Gaza for performances. After Israel’s 2008-2009 military assault on Gaza, our Ramallah-based dance troupe resorted to performing for our people in Gaza via a satellite link in protest of Israel’s siege on Gaza. Some of our dancers are also prohibited by the Israeli government from ever accompanying the troupe when it performs in neighboring Palestinian cities and abroad.’

The letter quotes Iman Fakhouri, director of the Popular Arts Centre in Jerusalem, who told human rights activists, “Two of our dance performances were cancelled because Israel denied our dancers entry to Jerusalem and the theater where a German hip hop dancer was to perform was closed down by the Israeli authorities at the last minute. Israeli forces outside the theater were trying to remove people by force. Some people, both from the audience and the artists, were beaten up and arrested.”

Finally, the organizations write, “We hope Batsheva, like a growing number of Israelis, will take a strong, unequivocal stance against Israel’s treatment of Palestinians and support justice and equality for all. Until then, we will continue to urge a popular boycott of, and protests against, your performances throughout North America.”

For these reasons, protests against Batsheva’s upcoming performances are to date planned in New York City and San Francisco . Batsheva’s 2009 and 2010 US tours were met by protests. Prior to the announcement of the New York protest, in an exchange of letters with New York activists, the Brooklyn Academy of Music, Batsheva’s New York host, declined to cancel their performances.’