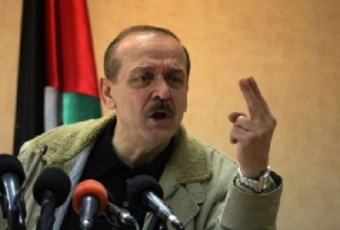 Yasser Abed Rabbo, Secretary of the Executive Committee of the Palestinian Liberation Organization (PLO), announced Tuesday that the Palestinian Authority is considering halting security coordination with Israel in response to the ongoing settlement activity in the West Bank and East Jerusalem.Abed Rabbo told the London based Al-Quds Al-Arabi newspaper that halting security and economic coordination with Israel is now being discussed by the Palestinian leadership as part of response measures to the ongoing Israeli settlement construction, and the stalemate in the peace process.

“Everything is subject for reevaluation, but there is no final decision made yet” Abed Rabbo stated.

The Palestinian-Israeli security and economic coordination was set during the also accords of 1993. Recently Palestinian President, Mahmoud Abbas, expressed dissatisfaction and frustration with Israeli plans to build more settlements in the West Bank and east Jerusalem.

Settlements, their roads and Israeli military installations, including its roadblocks, leave the state of Israel in control of the majority of lands occupied in 1967 where Palestinians are planning their future state.