Israel To Release Dozens Of Detainees 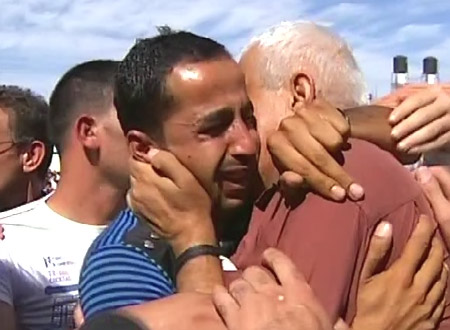 The International Solidarity for Human Rights reported that the Israeli Prison Administration decided to release dozens of Palestinian political prisoners under certain set conditions; detainees sentenced to more than four years will not be released.Ahmad Al-Beitawy, a researcher at the International Solidarity for Human Rights, stated that Israel will be subtracting the time served from their original sentence, and will be releasing, Friday, all detainees sentenced to four years or less, the Maan News Agency reported.

There are thousands of detainees who are still imprisoned by Israel, hundred are serving high, including life, terms.