Palestinian Sentenced To 4 Years For “Affiliation With Hamas” 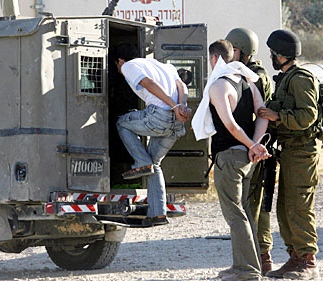 An Israeli court sentenced, on Wednesday, a Palestinian from occupied East Jerusalem to five years imprisoned for what the prosecution called “affiliation with the Islamic Resistance Movement, Hamas”.The Israeli Radio reported that the District Court in Jerusalem sentenced resident Moneer Attoun to five years imprisonment, and one year of suspended sentence.

Other charges brought against him include “preparing explosives to be used against Israeli targets”.

The recent Israeli military escalation is being conducted while extremist settler groups are escalating their attacks against Palestinian homes, lands and holy sites.