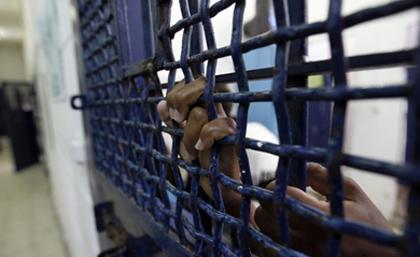 He said that 14 residents were kidnapped while working in their lands, close to the Israeli “security fence” along the border between Gaza and Israel. Troops also kidnapped a cancer patient identified as Hikmat At-Taramsy, 48, at the Erez (Beit Hanoun) Terminal while on his way to an Israeli hospital after receiving all needed permits. He was released later on.

Al-Ashqar stated that Israeli troops kidnapped six Palestinians who were released under the Shalit Prisoner-Swap deal, including hunger-striking detainee, Hana’ Shalabi, who has been on hunger strike since more than 15 days, demanding her release and rejecting a six-month administrative detention order served against her without charges.

One of the kidnapped women is a lawyer, and former political prisoner, identified as Shereen Al-Esawy; she was taken prisoner after the army broke into her home and searched it, in occupied East Jerusalem.

The four male political prisoners who were released under the Shalit Prisoner Swap Deal, and were rearrested in February, were identified as Ayman Abu Da’oud, Yousef Abdul-Rahman Shteiwy, Mahmoud Adnan Salim, and Rami Abu Haniyya.

Troops also kidnapped 54 children, including Adi Qfeisha, 13, who was kidnapped in front of his school building in the southern West Bank city of Hebron.

As for attacks against the detainees, Al-Ashqar stated the soldiers broke into Section 7 of the Negev Detention Camp, and searched the detainees’ tents before transferring 120 detainees to different Israeli prisons. Soldiers also broke into Asqalan Prison four times last month.

Detainees in Ramon and Nafha prisons were denied their visitation rights, for the third month, due to their hunger-strike that was carried out to protest the harsh living conditions, and repeated violations against them. Electrical equipment was confiscated from the detainees in Ramon; they were also denied access to the prisoner canteen to buy food.

Several detainees were ordered into solitary confinement for several months, one of them, identified as Ahmad Al-Maghribi, was handed a six-month order, for expressing solidarity with detainee Adnan Khader, who held a 66-day hunger strike until Israel decided to release him this coming April.

The attacks did were not only carried out against the detainees, but also targeted their families. In one incident, soldier based at a roadblock, near Hebron, humiliated the wives and mothers of political prisoners while on their way to visit them at the Ramon and Nafa prisons.

As for the health conditions of the detainees, Al-Ashqar stated that several detainees suffered sharp deterioration to their health conditions, including Dr. Mohammad Sleiby, who was moved to hospital due to a collapse in his health condition resulting from, among other things, diabetes and high blood pressure.
Detainee Thabit Al-Mardawy was moved to a hospital after conducting a 10-day hunger strike in solidarity with Adnan Khader.

Confined to his bed at the Ramla Prison Hospital, detainee Zuheir Rasheed Lubbada is facing bad health conditions due to Kidney failure, and due to an infection he got during dialysis; he also suffered from cirrhosis as his scheduled dialysis was performed seven days after its scheduled time.

Detainee Dirar Abu- Seessi, from Gaza, is suffering from several health issues, including his heart, kidneys, gallbladder, blood pressure, and anemia (his hemoglobin blood count is 10 and he lost 30 kilograms).

Detainee Woroud Qassem, imprisoned at Ha-Sharon prison became unable to stand, and is suffering from deficiency in vitamin D.

Detainee Akram Issa, from Nablus, is suffering from a psychological disorder and paranoia; he currently cannot tell what is going around him.