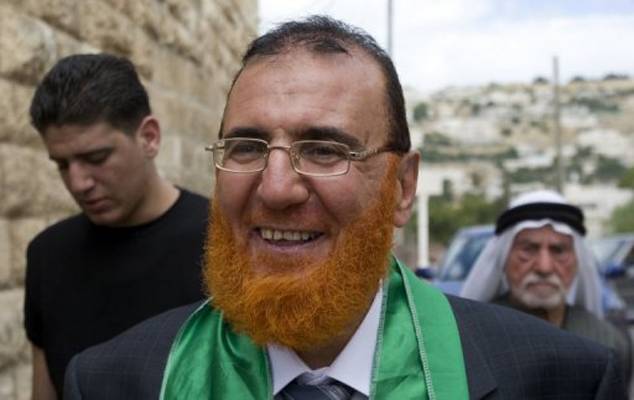 The Israeli “Ofer” Military Court ruled, Monday, for extending the Administrative Detention order, for the second time, against elected Palestinian Legislative Council (PLC) member, Mohammad Abu Teir, for additional six months. Abu Teir, 60, was kidnapped on September 6th, 2011, by the Israeli Army from his family’s home, in Kafr ‘Aqab village, north of Jerusalem, and was placed under Administrative Detention order, without charges, for six months.

He was supposed to be released on Tuesday, but instead received an additional 6-month detention order.

The legislator was kidnapped when the Israeli army kidnapped elected Hamas legislators in the occupied West Bank in 2006. He was released in 2010 and his Jerusalem ID Card was revoked by the occupation; he was then kidnapped again, and was imprisoned from six months, before Israel issued a military order exiling him from Jerusalem.

The Palestinian Information Center reported that Abu Teir was repeatedly kidnapped and imprisoned by Israel, and spent a total of 30 years in captivity.

Israel’s illegal actions against the elected Palestinian officials in occupied Jerusalem led to the expulsion of Abu Teir along with Jerusalem legislators Ahmad Attoun, Mohammad Totah, and former Jerusalem Minister, Khaled Abu Arafa. They were kidnapped at their protest tend in front of the Red Cross in Jerusalem.