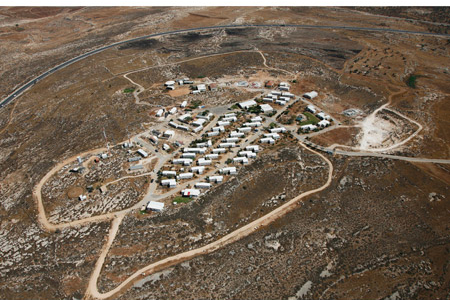 With the United States singled out with its opposing vote, the Human Rights Council of the United Nations passed on Thursday a resolution ordering the first ever investigation into the effects of Israeli settlement activities on the rights of the Palestinian people.The resolution was passed with 36 votes, while 10 stated absented, and the United States was singled itself out as the only country that voted against it.

The resolution was presented by the Pakistani envoy to the Council who slammed Israel for its illegal settlements activities in occupied Palestine, and stating that Israel’s settlements violate International Law and all human rights law, including the Fourth Geneva Conventions to which Israel is a signatory.

The new resolution also demands Israel to halt the dangerously escalating violence carried out by armed Jewish settlers against the Palestinian people and their lands in the occupied Palestinian territory, including occupied Jerusalem.

It also demanded Israel to reverse its illegal policies of settlement construction and expansion in the occupied territories, including in East Jerusalem, and denounced the recent Israel decision to build more homes for Jewish settlers.

The opposing stance of the United States did not come as a surprise, as many delegates anticipated such response.

The U.S. said that “it was troubled” by what it called “the council’s bias against Israel”, and claimed that “this resolution will only lead to further complications in the attempts to resume peace talks between Israel and the Palestinians”.

The US Envoy in Geneva said that Washington is concerned by what he called “the unbalanced and unfair resolutions against Israel at the Human Rights Council”, and claimed that “this council discriminates against Israel”.

He further claimed that “the efforts to create a UN Council that only aims at voting against Israel do not serve peace, and only push Israel and the Palestinians apart”.
The US envoy also said that “despite the fact that the United States opposes Israel’s settlement activities, it is concerned about this unilateral decision against Israel”.

Israel’s ambassador to the UN in Geneva, Roni Leshno Yaar, also slammed the resolution, and said that the decision was politically motivated with the aim of isolating Israel, according to Yaar.

He further stated that “he was surprised by the illegitimate and unhelpful resolutions”, and claimed that such resolutions “will only lead to further tension to the already exploding situation in the area”.

Palestinian Ambassador to the United Nations, Ibrahim Khreisha, stated that nobody aims at isolating Israel, and added that the Israeli government “does not stop the illegal confiscation of Palestinian lands in order to build and expand its settlements”.

Khreisha further stated that “the two-state solution cannot be implemented under the current circumstances and the illegal Israeli polices, adding that “the Israeli occupation must be condemned for its constant violations to international law and all principles and declarations of Human Rights”.

Meanwhile, Israeli Government spokesperson stated that Prime Minister, Benjamin Netanyahu, issued a statement considering the UN Human Rights Council as “a Council that has an automatic majority against Israel, and has nothing to do with Human Rights”.

In late February, the Israeli government approved another plan aiming at constructing 500 new homes for Jewish settlers in a West Bank settlement outpost that was illegally built even under Israeli law.

The decision was strongly denounced by the United Nations Middle East Envoy, Robert Serry, who said that these Israeli decisions are only moving the area away from the ultimate aim of the two-state solution.

Israeli settlements in the occupied Palestinian territories, including occupied Jerusalem, are illegal under International Law, and under the Fourth Geneva Convention and its protocols.