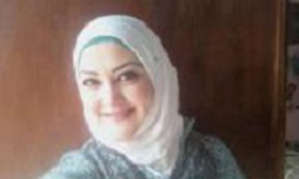 Lawyer of the Ad-Dameer Prisoner Support and Human Rights Association, Firas Sabbah, stated that he managed, last Thursday, to visit detainee Amani al-Khandaqji, at the Israeli Asqalan prison, and that she told him that she started an open-ended hunger strike since her abduction by the army last Tuesday. Interrogators are questioning her about a prisoner support Facebook page she manages.Al-Khandaqji, 27 years old, is from the northern West Bank city of Nablus, she was taken on Tuesday March 20, and decided to declare hunger strike in protest to her illegal arrest and detention.

She told her lawyer that she was abducted after Israeli soldiers broke into her home at 2 a.m., and that female Israeli soldiers searched her while she was being transported to the Huwwara detention center, near Nablus. Several hours later, soldiers transferred al-Khandaqji to the Asqalan prison.

After arriving at Asqalan prison, a female soldier searched her again, and demanded that she undress in order to conduct a full body search. Amani refused and told the soldier that she will not accept tactics intended yo humiliate her. The soldier then called two more soldiers who determined that the female soldier should only conduct a regular search once again without ordering her to undress.

Amani told her lawyer that, during interrogation, she was asked about a Facebook page she manages, as this page is dedicated to the Palestinian political prisoners held by the State of Israel.

She told her interrogators that she created this page as a personal initiative, and that the page does not have any political affiliation.

It is worth mentioning that Amani is the sister of Bassem al-Khandaqji, 29, who was abducted by the Israeli Army on November 2nd 2004, and was sentenced to three life-terms.

The Ad-Dameer Association demanded the immediate and unconditional release of Amani, and all detainees who are holding hunger-strike defending their legitimate and internationally-guaranteed rights.

Also on Sunday, the Ofer Israeli Military Court rejected an appeal filed against an Administrative Detention order issued against female detainee Hana’ ash-Shalabi who has been on hunger-strike for 39 days demanding her release as she is being held without charge.

The Ad-Dameer stated that the judge said that the claim she filed against the soldiers for humiliating her during the course of her arrest is not sufficient to order her release, and that “the serious health condition she is facing is the outcome of her hunger-strike”.

The judge also said that ash-Shalabi can regain her health by halting her hunger-strike, and that her administrative detention “has nothing to do with her health”.