Prisoner Group Files Appeal In The Case of Ash-Shalabi 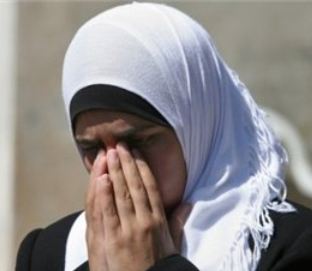 The Palestinian Prisoners Society (PPS) filed an appeal to the Israeli Supreme Court demanding the release of female detainee Hana’ ash-Shalabi who has been on hunger strike for 40 days.Ash-Shalabi started her hunger strike directly after she was taken prisoner by the army, and is demanding her unconditional release as Israel did not file charges against her.

Head of the Legal Unit at the PPS, Jawad Boulus, stated that he filed the appeal on behalf of Ash-Shalabi after an Israeli Military Court judge rejected an appeal for her release.

He added that the PPS will use all legal venues in Israel, as Tel Aviv is responsible for the abducting of Ash-Shalabi, and her well-being as a political prisoner.

In related news, detainee Amani al-Khandaqji, declared an open-ended hunger strike last Tuesday after she was abducted by the army.

Al-Khandaqji is being held at the Asqalan Prison, and was repeatedly interrogated while her Israeli interrogators were also asking her about her social and political activities, mainly about a prisoner support Facebook page she manages.