Hammad: “Resistance, Of All types, Is The Way to Liberation” 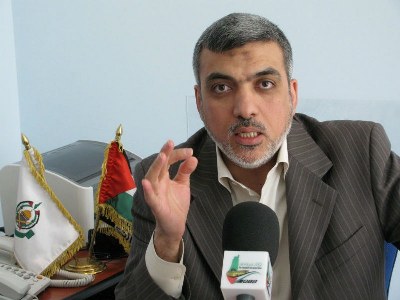 On his Facebook page, the Hamas official said on Friday that “as the Palestinians mark Land Day on March 30, they remain determined to liberate their country”, adding that “despite all Zionist terrorism, the Israeli crimes and the massacres, the Palestinians will continue their resistance against the occupation”.

He further stated that the Palestinians must remain determined on achieving comprehensive national unity “so we can counter our enemy, and liberate our land and holy sites”.

“We place our trust in God first, then in the ongoing resistance and determination”, Al-Rishiq added, “We also count on the support of our brothers in the Arab and Islamic countries”.

He called on the Arab and Islamic countries to perform their duties and responsibilities in protecting the Al-Aqsa mosque in occupied Jerusalem.