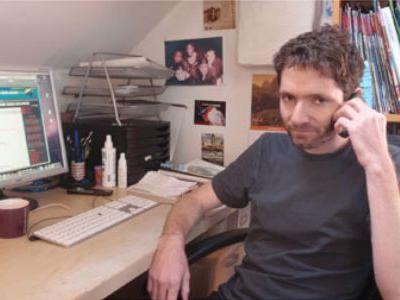 Uri Blau, who published accounts of illegal assassinations in the West Bank, has been sentenced to four months of community service in a plea bargain deal.The case centred around the leak of at least 2,000 classified documents which included details of targeted assassinations of suspected resistance fighters. It helped bring to light the issue of press freedom in Israel .

Uri Blau, a journalist for Haaretz newspaper, was charged with being in possession of leaked Israeli military documents, outlining violations of Israeli law. The documents were handed to him by Anat Kamm, an assistant at the Israeli military central command. Kamm was later sentenced to four and a half years imprisonment for espionage.

Prosecutors initially wanted to charge Blau with espionage offences but relented, citing “…the need to restrain the enforcement policy in order to maintain the Israeli press as a free press which fulfills its duty.’

Although Israel maintains it has a free press, all reports published in Hebrew must first be vetted by military censors.

Blau first learnt that authorities wanted to prosecute him in 2010 while on holiday. A policeman told him that his Tel Aviv apartment had been ransacked by people who were “obviously looking for something.”

The case has echoes of the Wikileaks scandal in the US, where private Bradley Manning is in his second year in solitary confinement after leaking classified documents and video containing evidence of war crimes to the Wikileaks website. Manning was also operating under the belief summed up in Anat Kamm’s statement that ”When I was burning the CDs I kept thinking that history tends to forgive people who expose war crimes.’