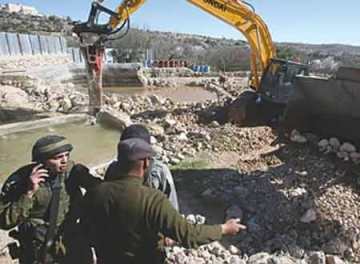 The United Nations Human Rights Council said that it will investigate the implication of Israeli settlements on the rights of the Palestinian people in the occupied West Bank. Israel condemned the announcement, and said that the UN Fact-Finding Mission will not be allowed into the country.The UN reported that the Council appointed a three member fact finding mission that will investigate the effects of Israel’s settlements on the Palestinians in the West Bank, including in and around occupied East Jerusalem.

Professor Richard Folk, an UN expert, submitted a report on the situation of human rights in the occupied Palestinian territories, and stated that Israel’s illegal settlement construction and expansion policies has continued to accelerate with at least 3,500 units under construction in 2011, the UN reported.

Folk stated that settlements are not only illegal under International Law, but their ongoing expansion is a serious violation of Security Council resolutions. Furthermore, Laura Dupuy Lasserre, head of the Human Rights Council, urged Israel to cooperate with the fact finding mission.

‘I have decided to appoint three individuals to carry out the independent international mission of inquiry which will investigate the repercussions of Israeli settlements on the civil, political, economic, social and cultural rights of the Palestinian people in the occupied Palestinian territory, including East Jerusalem.

The names of these experts are Ms. Christine Chanet, of France; Ms. Unity Dow, of Botswana; and Ms. Asma Jahangir, of Pakistan. Ms. Chanet will act as the chair of his mission of inquiry. Ms. Chanet, Ms. Dow and Ms. Jahangir, are highly qualified for carrying out this important task which has been entrusted to them, by the Council. Each one of them has a long winded history and experience of impartial, objective work in the field of human rights”, Lasserre said.

The commission is expected to present its findings in a report that will be discussed at the Human Rights Council in March of 2013.

Israel on the other hand was angered by the report and said that members of the fact finding commission will not be allowed into the country.

Israeli Foreign Ministry spokesperson, Yigal Palmor, stated that this fact finding commission will receive no cooperation from Israel, adding that commission members “will not be allowed into Israel and the territories”.

Palmor claimed that the very existence of the commission “symbolizes the inherent distortion of facts”, and “characterizes that Council’s treatment of Israel and the hijacking of important human rights agendas of non-democratic countries”, Russia Today reported.

There are more than 500,000 Israeli settlements living in the West Bank, including in and around East Jerusalem. Israel’s settlements are illegal under International Law, and under the Fourth Geneva Convention to which Israel is a signatory.