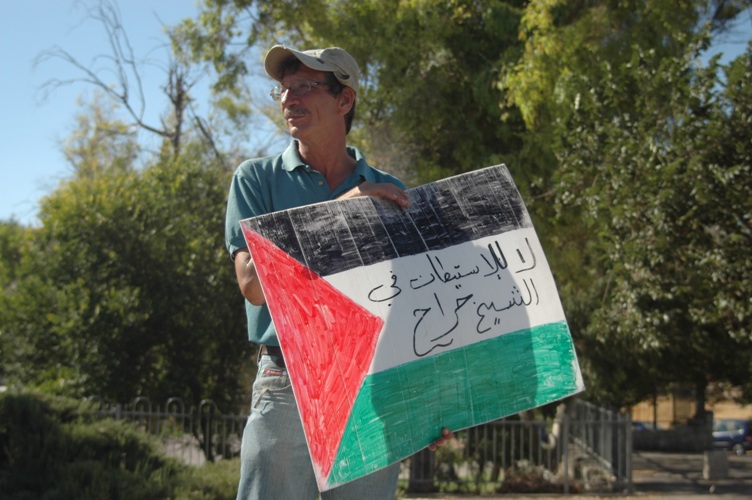 On Friday afternoon, approximately 80 activists gathered at Sheik Jarrah in East Jerusalem to protest the illegal eviction of Palestinian families, and the occupation of their homes by far right Israeli settlers.The area has been a flashpoint for weekly protests since two Palestinian families were evicted from the homes they had lived in for 60 years. One family, the al-Kurd’s are now forced to live in the back yard of their own home in a tent, while far right Israeli settlers occupy their home on a rotation system in a bid to grab more and more land from the Palestinians of East Jerusalem.

In the house opposite, illegal Israeli settlers who are occupying another Palestinian home after the original family was evicted by an Israeli court have erected a 10 foot tall wooden menorah and draped the building in Israeli flags.

The actions of the settlers and the Israeli courts who evicted the Palestinian families, have been strongly condemned by the UN, the US State Department and the international community.

Friday’s protest aimed to bring to light the plight of the evicted families and also the broader issue of how Israel is seizing more and more land in Palestinian East Jerusalem with the aid of illegal settlers.

Despite the non-violent nature of the weekly protest, Palestinians, Israelis and international protesters have often come under attack from the illegal settlers. This Friday was no different. Two young male Israeli settlers occupying the al-Kurd home, waited until a young Israeli female protester had turned her back before one of them rushed out, attacked and struck her with a wooden pole. Fortunately she was not seriously injured. 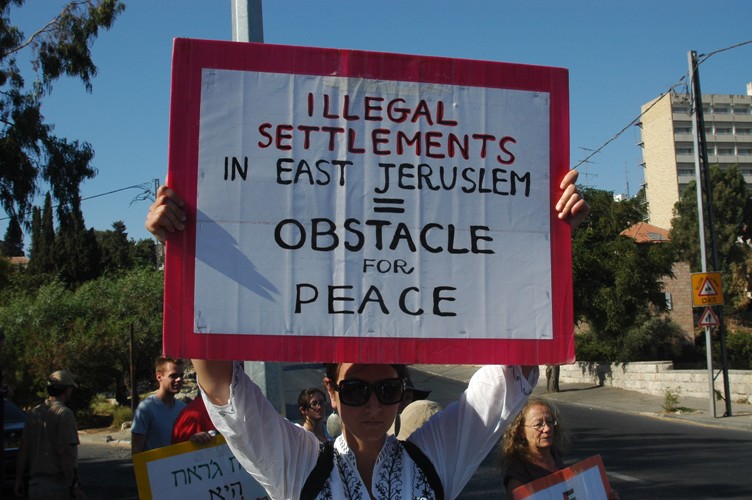 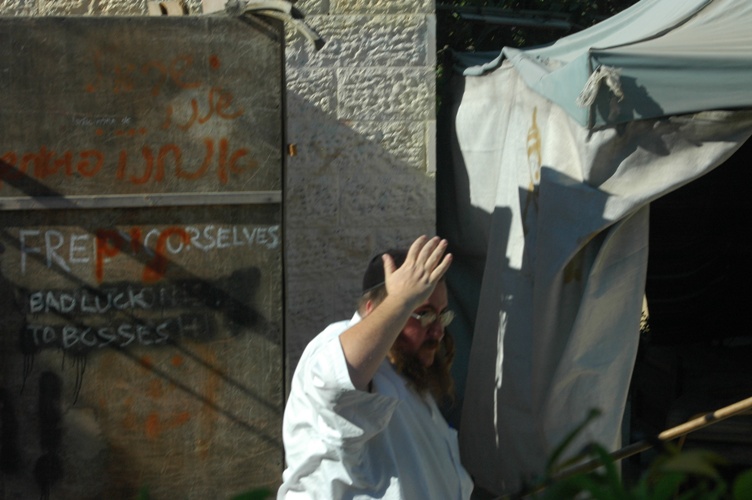 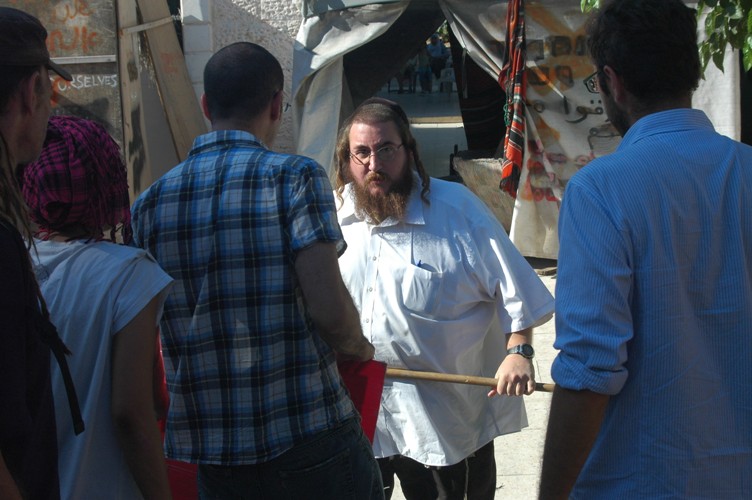 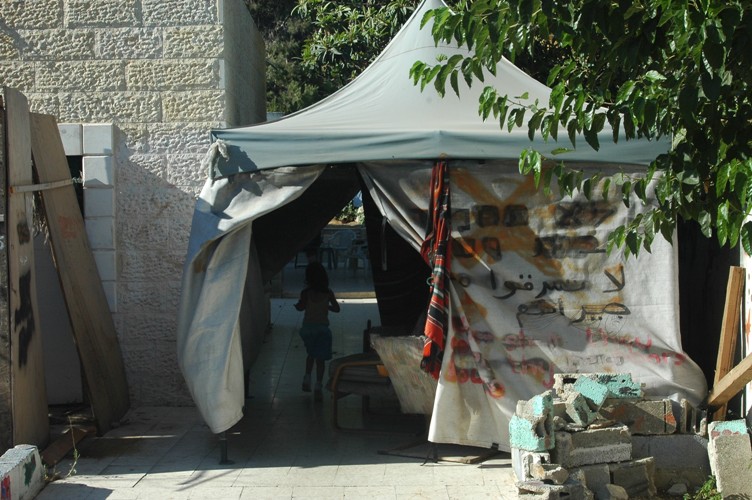