Settlers Attack A Resident Near Bethlehem 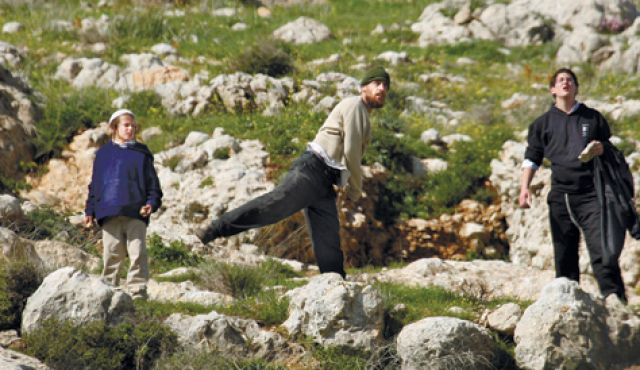 Mohammad Ayyad, media spokesperson of the Popular Committee Against the Wall in Beit Ummar, stated Sabarna was returning from Bethlehem at approximately 7:00 am when he was attacked. The settlers hurled stones at him as he drove his car.

Ayyad added that Israeli policemen were present in the area, but did not attempt to stop the settlers.

Sabarna said that the settlers hurled stones at his vehicle as he stopped at a junction, and that the stones shattered his vehicle’s windshield. Broken glass mildly wounded his arm.

Sabarna is a former Palestinian political prisoner; he spent four years in Israeli prisons, and lost sight in one of his eyes after being wounded during the first Palestinian Intifada.

Eliezer is built on privately-owned Palestinian lands that belong to residents of the al-Khader, south of Bethlehem.