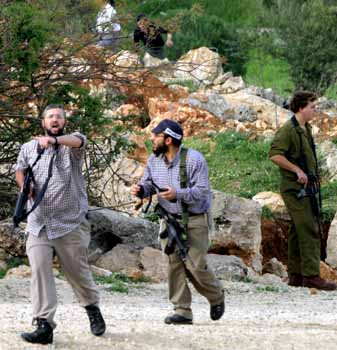 This was followed by additional land confiscation in the Jordan Valley and the area south of Bethlehem on Monday.

The head of the village council, Aref Daraghmeh, in al-Maleh near Tubas in the Jordan Valley told WAFA news that Israeli settlers confiscated over 12 acres of Palestinian land and began to farm it on Monday.

And in al-Khader, south of Bethlehem, Ahmad Salah, coordinator of the popular committee against settlements said that Israeli settlers dug a nearly 100-foot long escarpment, destroyed about 50 grape trees and opened an unpaved road to another illegally seized plot of land. Salah explained that all of this is in preparation for settlement expansion and that infrastructure construction has already begun.

Israeli settlements are all illegal under international law, but the Israeli government continues to support them.