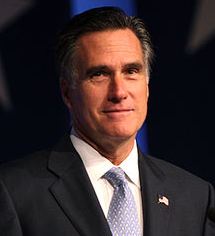 Republican presidential candidate, Mitt Romney, landed late on Saturday evening in Tel Aviv for talks with Israeli officials. Israeli media sources reported that the visit aims at securing Jewish-American vote in the upcoming elections.Romney will be holding meetings on Sunday with Israeli President, Shimon Peres, and Prime Minister, Benjamin Netanyahu, to assure them ongoing and increased U.S. financial and military support to Israel.

The agreement was signed in the Oval Office in front of representatives of the American Israeli Public Affairs Committee (AIPAC), the largest Israel lobby in the United States. It advances the security and military support and cooperation between Tel Aviv and Washington.

Furthermore, the White House said that the new agreement has the support of both Republican and Democratic members of congress, as it aims at increasing the financial and military support to Israel in order to enable it manufacture advanced defense and interception systems.

The White House added that the U.S. Administration intends to ask for more support to Israel in the coming three years so that it can develop its Iron Dome missile interception system, and that this type of support is based on Israel’s annual evaluation of the security situation in the region.

The United States has, so far, granted Israel $205 Million for the Iron Dome system that mainly aims at intercepting missiles and shells fired from Gaza and from southern Lebanon.

It is worth mentioning that the United States grants Israel $3.6 Billion annually, in addition to hundreds of millions of US dollars collected by Israeli lobbies and groups in the United States, and through individual donations.

While Republicans and Democrats in the U.S. are heating up the debate ahead of the federal elections that will be held in three months, both parties have been trying to prove their support for Israel and boost the U.S. diplomatic, military and financial support to the country.

Israeli daily, Haaretz, reported that Romney’s visit comes “in the midst of an aggressive campaign against Obama”, and added that the Republican presidential hopeful “is trying to secure the Jewish vote”.