Huge Increase in Illegal Israeli Settlers in the West Bank 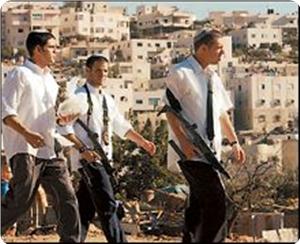 Israel reports that the influx of settlers to the West Bank has increased by 4.5 % bringing the total number of illegal Israeli settlers to 350,143, according to the Population Registry of Israel’s Ministry of Interior, Israeli newspaper Israel Hayom, and the Palestine News Network.This figure excludes areas like Givan Ze’ev, Neve Yaakov, Ramat Eshkol, and Armon Hanatziv north and east of Jerusalem where the Israeli population numbers an additional 300,000.

Data shows that in the past year, 15,579 settlers moved to the West Bank and in the past 12 years, the total population has doubled.

Most of this increase has occurred outside of the large settlement blocs, which have maintained population stability. Ariel has about 50,000 settlers, Ma’aleh Adumim has about 45,000 and Gush Etzion about 22,000. The total population living in these large blocs is 116,824, while 233,000 live outside of these settlement compounds.