Water Crisis in the West Bank and Gaza Continues 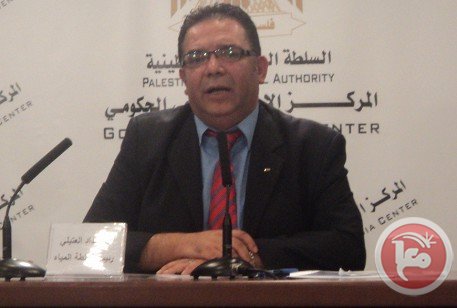 Israel gives illegal settlers 70 times more water than Palestinians in the West Bank according to the head of the Palestinian Water Authority and Ma’an News.On Sunday in Ramallah, Shaddad Attili said at a press conference that Palestinians received 105 million cubic metres of water. That is less than the amount required by the 1993 Oslo Accords and one quarter of the 400 million cubic meters needed to meet international per capita standards.

Israel is in control of most of the Palestinian water resources in the West Bank and refuses to increase the amount of water it allocates to Palestinians. This causes constant shortages in much of the West Bank.

In the Bethlehem area this summer for example, twice Palestinians have had their water supply completely cut off for two weeks during the summer heat. To try to cope with this, Palestinians who can afford it have constructed large tanks on their roofs for collecting water on days when Israel turns it on, but often these tanks or those constructed for collecting rainwater are demolished by Israeli settlers or the Israeli army. This situation forces Palestinians to buy back their own water from Israel at inflated prices.

In Gaza the situation is even worse. There between 90 and 95 percent of the water is contaminated and not fit for human consumption and a health crisis has already begun as a result. Attili surmises that within 2 years there may be no drinking water left in Gaza and yet Israel does not allow the transfer of water from the Mountain Aquifer in the West Bank to the people of Gaza.

There are disputes about the total number of settlers in the West Bank, but what is not in dispute is the disparity in access to water compared with Palestinians in the occupied territories. (Estimates range from 300,000-650,000 people depending upon the definition used to describe a settler.) Regardless of the figure used, illegal Israeli settlers living in the West Bank in violation of international law have no restrictions on their access to water and use more than the 2.3 million Palestinians in the West Bank to water their green lawns, lush gardens, and intensive-irrigation farms and to fill their private swimming pools.